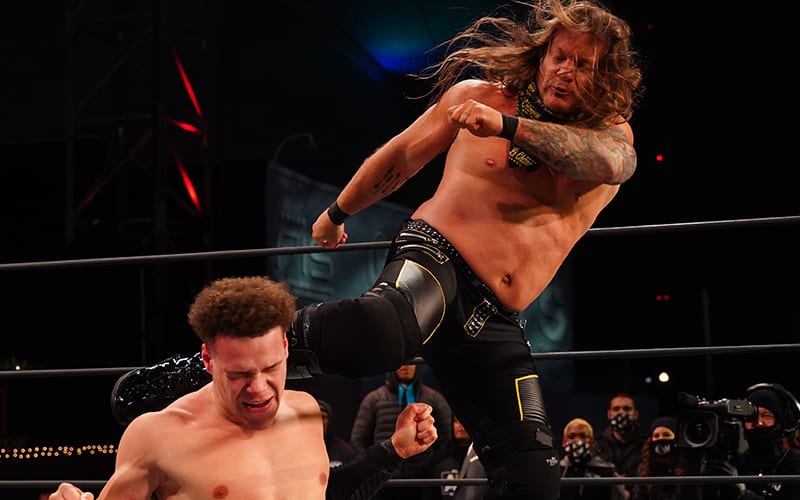 AEW Dynamite ran a special Holiday Bash episode this week. The opening match of the night saw MJF and Chris Jericho take on Top Flight. The younger AEW team had a lot of ideas for that match, but they didn’t get to use all of them.

Dave Meltzer said on Wrestling Observer Radio that Top Flight had many ideas that they wanted to use on Dynamite this week. Chris Jericho had other plans.

It was indicated that Jericho had other plans in mind for their match, and they used those instead. There were spots that Top Flight wanted to do that Jericho apparently nixed.

He didn’t specify exactly what they cut out of the match. This situation isn’t uncommon as veterans typically have pull in how a match goes down.