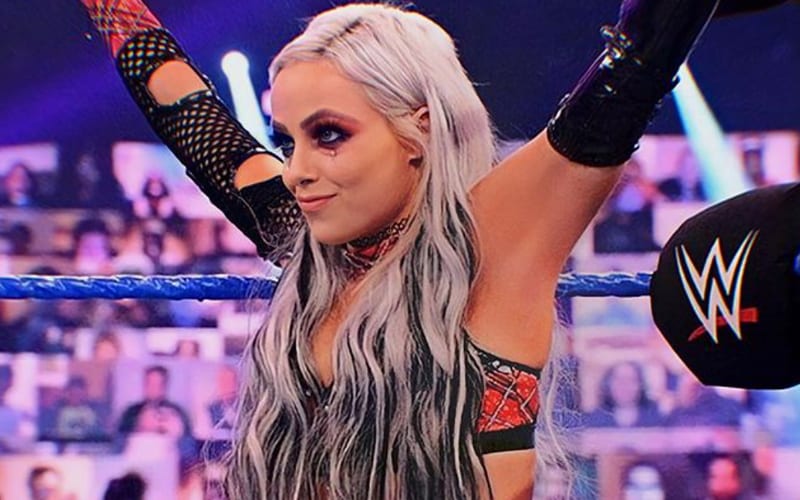 WWE doesn’t have room to push everyone up the roster, but Liv Morgan’s effort has not gone unnoticed. She has received some big props backstage for the work she’s been doing.

According to Fightful Select‘s Brass Ring Series, Liv Morgan’s name came up more than any other Superstar when asking about who is going above and beyond. She was lauded for being a standout in more ways than one.

A current “top talent” said of Liv Morgan, “she’s is obsessed with improving and becoming one of the best. She cares more than anybody, I think. It’s great to see that kind of passion. Not everyone has it.”

Another female WWE Superstar put Liv Morgan over in a big way. It was said that, win or lose, Liv Morgan always wants to be a part of the best segment possible; because she knows it reflects on her.

“Liv is one of those people that everyone wants to work with because you know that she’ll do whatever it takes to make the match, the angle, the interview as good as possible. Even if she’s not winning or even coming out looking good, she always wants what she’s a part of to be good because she knows how it reflects on her, win or lose.”

Paul Heyman really had his eye on Liv Morgan. Ringside News exclusively reported that she was penciled into Heyman’s orginal WrestleMania pitch. There were other plans for Morgan that were started and stopped throughout the year as well.

Liv Morgan’s “Liv Forever” documentary also drew some criticism for being so transparent. It highlighted WWE’s tendencies to make promises and break them, along with changing their plans. Liv Morgan has been through a lot in WWE, and she keeps going.