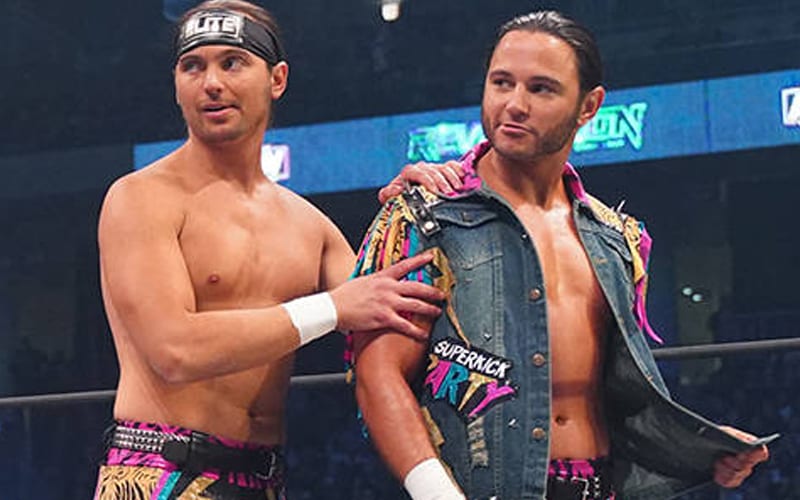 The Young Bucks passed on WWE’s offer to sign with them. They received a very good contract offer as well, but the Jackson brothers decided to sign with AEW and become Executive Vice Presidents. This came with worries that they never considered.

While speaking to Chris Van Vliet, the Young Bucks discussed the issue of keeping those ratings up. They said it’s a weekly struggle of fitting things together. They might have to sacrifice one segment to put in on another week. A delicate balance must be kept, especially when you’re dealing with pro wrestlers.

Nick Jackson spoke about having to work around so many things including the egos in the locker room.

“I never would have thought that we’d be doing this on a weekly basis, so I have to pinch myself every Wednesday before we go on live. So that aspect is still there. It still feels like a dream. The hard part is the job and keeping everyone happy because you don’t even really realize it until you get into management that’s it’s hard to keep a lot of these wrestlers on the same page.”

“Because obviously there’s a lot of egos in wrestling and you want the wrestlers to be happy and that’s something that’s hard but it’s manageable and we’ve learned that you can’t always be the good guy so at some points you have to be the bad guy.”

Matt Jackson also stated that it’s hard to constantly come up with compelling television. The ratings are important, and that means that sometimes it’s best to plan things out. There are other times when they must start a longer storyline in order to really capture that audience attention later.

“It’s constantly trying to come up with compelling, interesting television that also will get a rating. And sometimes those two don’t go together. Sometimes you have to make a sacrifice a week or two and do something that maybe people won’t be compelled by or gravitate to immediately but maybe in four to six weeks they’ll go ‘oh!’ and then they’ll get it and it will then create a bigger rating.

“But that’s difficult, especially in wrestling. So that’s been a challenge having interesting storylines that normal people are interested in watching because sometimes we’ll maybe overcomplicate something or try to make it a little too complex and sometimes wrestling fans just kind of want to watch wrestling.”

AEW has consistently beat WWE NXT in the ratings and viewership since they launched Dynamite. There were weeks where NXT was able to beat AEW, but that only cause AEW to focus more on the kind of television program that they want to present.

2020 was an unpredictable year for a lot of people, and AEW was not immune to the hardships. They were able to continue providing original content every week. They will also remain at Daily’s Place for the foreseeable future which provided them a fine home to produce that weekly television.