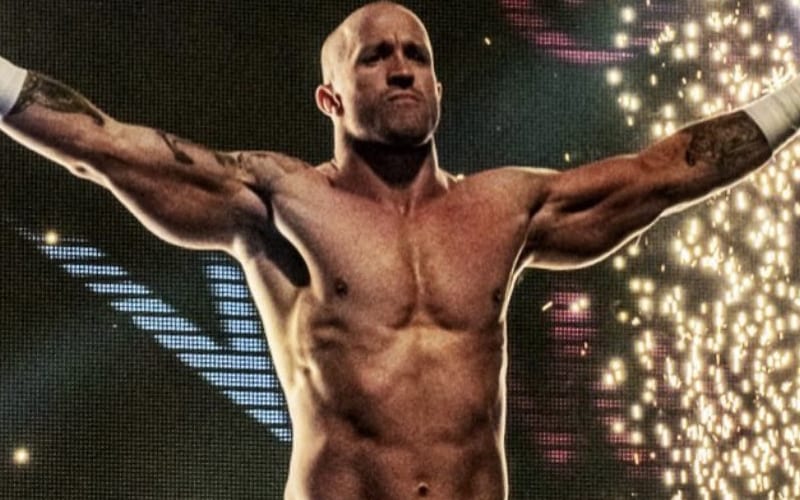 Mike Bennett and his wife Maria Kanellis were both released from WWE on April 15th. That was followed by months of not seeing them perform while Bennett wondered if he wanted to continue in the pro wrestling world. Now he is back with ROH, and very happy with his decision.

While speaking to Wrestling Inc, Mike Bennett said that it feels as though he was planning his ROH return the minute he left the company. It didn’t take long in WWE at all before Bennett was talking to Matt Taven about the possibilities of him coming back.

“Well, I feel like it’s been my plan for the last five years. I like to say that I was planning my return from the minute I left it,” Bennett admitted. “It was one of those things where I left, and the first year or so was fine, but after the first year or so, it felt like I left and I shouldn’t have. I feel like ever since then, me and Matt had always kind of been talking back and forth about what that would be like.”

“The way we envisioned it and what we wanted and then the way life goes and the way work goes, it inevitably kind of worked out, but then, lo and behold, I get fired and here we go. Honestly, I feel like ever since I left, it was one of those things where I was like, ‘I probably shouldn’t have left.’ In my head, it’s been 5 years that I’ve been planning this return.”

Maria Kanellis showed up in ROH after her husband. She will be a part of The Experience, an interactive fan experience ROH is setting up. This is an exciting time for both Mike and Maria. Matt Taven is pretty happy to have Bennett back around as well.

Mike Bennett did suffer an injury that will keep him out of action for a big. You can click here for more information.