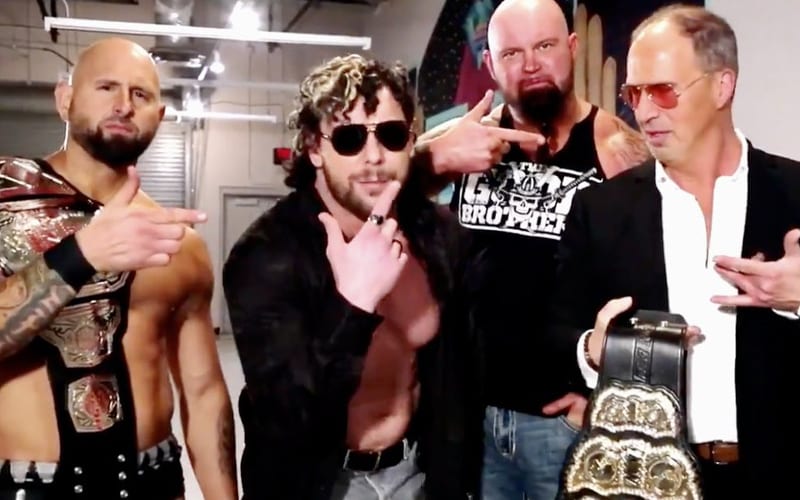 Don Callis assisted Kenny Omega in winning the AEW World Title. Then Omega took off to Impact Wrestling to jumpstart a partnership between the two companies. Omega is slated to wrestle at Hard To Kill as he teams with Karl Anderson and Doc Gallows. Now their stable has a new name.

Don Callis is very happy with the progress of his plans so far. As “The Invisible Hand” he orchestrated the entire situation. Now the new union between Omega and the Good Brothers has an appropriate name.

Callis tweeted out to announce that Omega’s partnership with The Good Brothers is even greater than The Elite. In fact, it’s super.

There is also a thought that the Good Brothers might eventually find their way to AEW. Those plans have yet to happen.