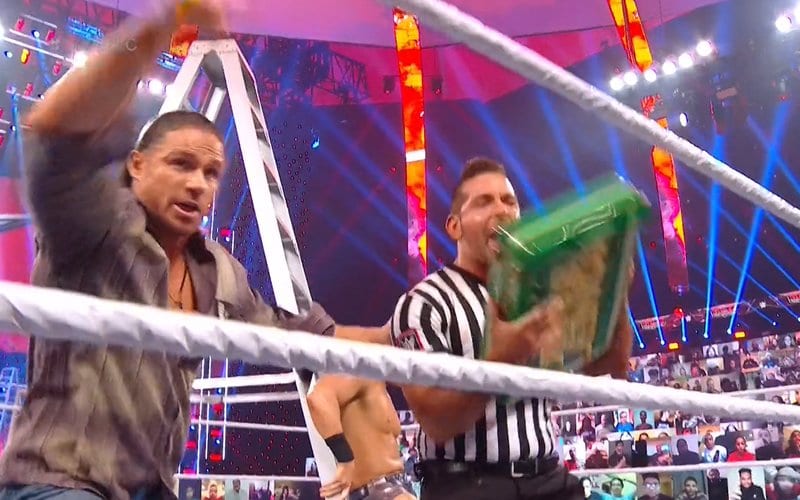 WWE TLC kicked off with a WWE Title match. That match had a very unexpected ending.

Drew McIntyre and AJ Styles battled in a brutal match to start out the event. McIntyre slammed AJ Styles out of the ring and through a table. Then McIntyre started to make his way up the ladder.

The Miz ran down and stopped McIntyre, putting him through a table with a powerbomb off the ladder. The match was then turned into a triple threat match.

Omo stopped The Miz from winning the match, and he put The Miz through a table on the outside. Then John Morrison tried to hit Omos with a chair, but the chair shattered. Omos ran Morrison off, leaving the three competitors laid out around the ring.

McIntyre and Styles started climbing up the ladder, and they were evenly matched. Then Miz set up a second ladder to climb up as well. McIntyre knocked Miz down, but AJ Styles kept battling McIntyre. Then Miz climbed back up after McIntyre was knocked down.

Drew McIntyre then pushed down the ladder with AJ Styles and The Miz on it. He hit The Miz with a Claymore Kick, climbed up, and won the TLC match to retain the WWE Title.