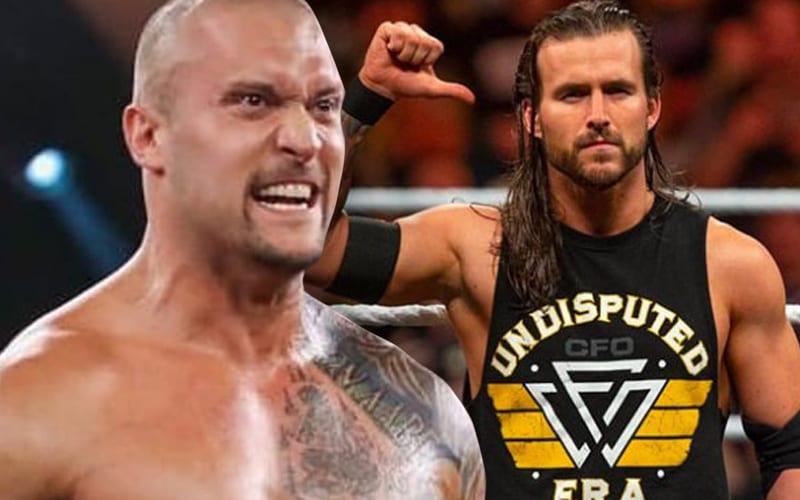 Karrion Kross’ return to WWE NXT means there is a dominating force on the roster bent on destruction. How does WWE view him compared to someone who has been in NXT for years like Adam Cole?

During Wrestling Observer Radio, Dave Meltzer discussed the current viewership troubles that WWE is having. He mentioned the difference between Karrion Kross and Adam Cole and how they are treated in NXT. This could be one of the root problems in this situation.

“Brian James said it, ‘too bad [Adam Cole] doesn’t look like Karrion Kross.’ I think that mentality right there is part of the problem. As much as Karrion Kross gets pushed and as much work they do on his entrance, the fact is that Karrion Kross is not as over as Adam Cole, but in their minds Karrion Kross is a potential star and Adam Cole is an NXT guy and that in and of itself may be the answer that they’re missing.”

He noted that if AEW had Karrion Kross and Adam Cole on their rosters then they would get a much different treatment. This wasn’t a knock on Karrion Kross, but instead on the mentality that WWE has in regards to who they see as future main roster stars.