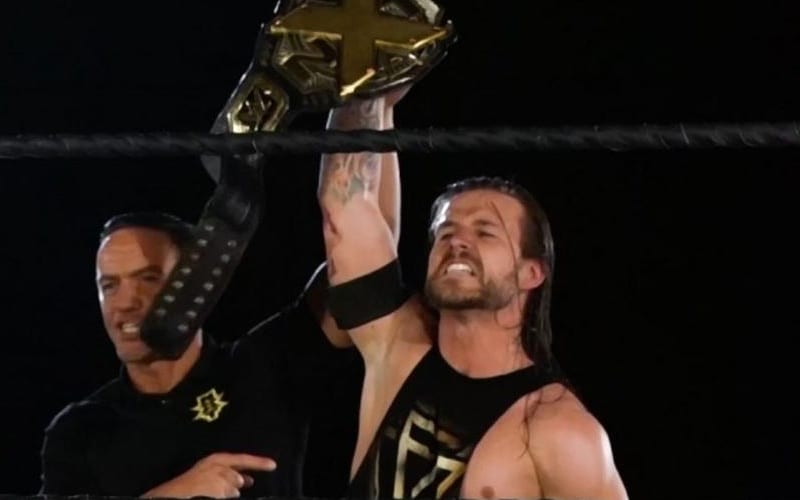 Road Dogg recently stopped by After The Bell and had a very honest conversation with Corey Graves. The D-O-Double G stated revealed some tricks that he learned from Vince McMahon to empower people. Then he got real while speaking about Adam Cole.

The NXT producer sated that is Cole was Karrion Kross’ size, then he would already be holding the WWE Universal Title. The fact is that his size keeps him in WWE’s black and gold brand.

“Adam Cole is the most professional, most talented. He just gets it. He gets every aspect of it. He could cut a promo. He’s the one of the guys where you go, ‘I need you to do a minute,’ and that’s all you say to him. And he gives you a minute of hiccup-less verbiage that just makes you go, ‘OK, that was perfect. Thank you,’ every single time. That’s Adam Cole in a nutshell.”

“But he’s also a great worker like has great psychology. Man, If he was Karrion Kross’ size, he would be the Universal Champion right now. If he wasn’t, I’d be wondering why. That’s the kind of guy he is. That’s the kind of human he is. That’s the kind of talent is. Incredible, and so he’s probably my favorite guy, but from a guy who’s now on this side of the fence having to work with that guy, he gives you everything you could ask for and more. You don’t even really have to ask for it. It’s just it’s just like a dream. He’s a dream dream superstar.”

Adam Cole has all the tools needed to make it as a top star on the main roster. In Vince McMahon’s opinion, size is also an issue. This is something that Adam Cole falls short on, no pun intended.