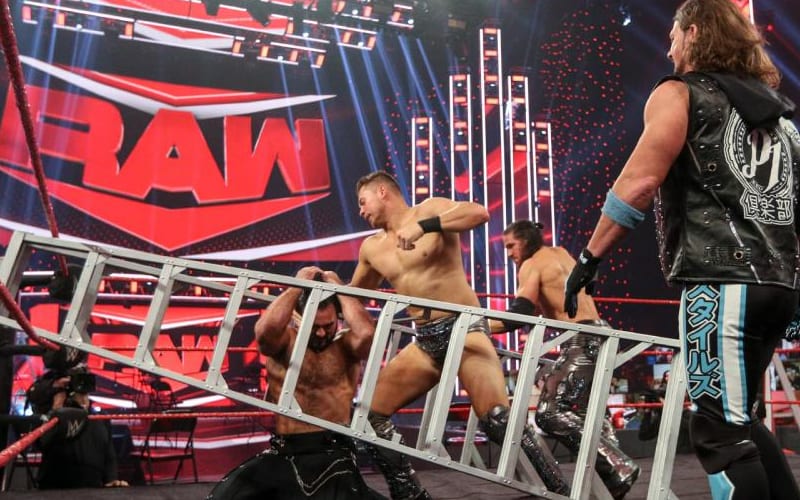 WWE needs to do something in a hurry to fix a big problem they have on RAW. Fans aren’t tuning in and this week’s record low viewership number proved that. Former WWE referee Jimmy Korderas dropped another reffin rant to address this issue.

Jimmy Korderas said that the ending of RAW this week was too chaotic. They had a lot going on, and it was hard for fans to keep up with everything that was going on. On top of everything, they had to rush to the finish.

“I was looking forward to [the main event of RAW] until all this. There’s too much going on with a bodyguard and Miz and Morrison and all this stuff. There’s just too much distractions and stuff.”

“I wish I could pinpoint what it going on with RAW right now. I know people point at creative. They point at this, they point at that. I think that they have gotten into a rut where they are using the same formula week in and week out and it’s not working.”

WWE has a real issue with creative right now, but all of the blame must circle back to Vince McMahon. He is the man chiefly responsible for approving all content that makes it onto WWE television.

We have documented WWE’s issues in depth here at Ringside News. Hopefully, they will be able to figure something out in 2021.