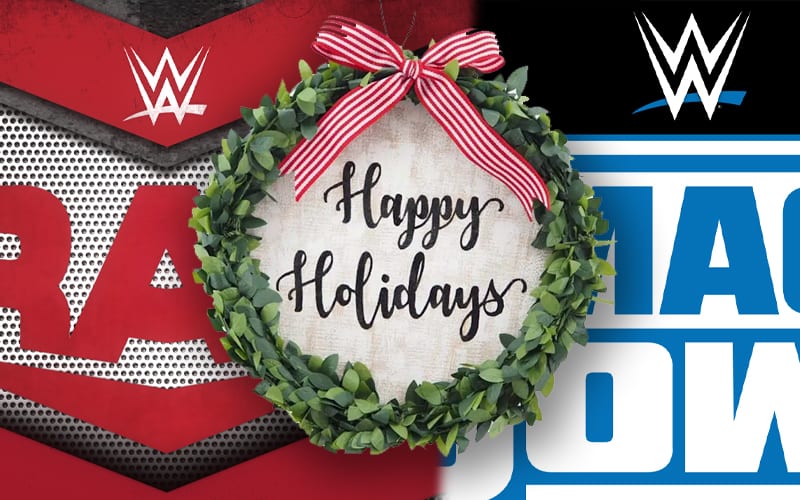 It’s time for the Holidays once again, and WWE has to make their television taping schedule work around everything else going on. They are giving SmackDown Superstars Christmas day off, this was originally reported by Ringside News. Now we have new information about the rest of their holiday plans.

According to PW Insider, WWE Raw will remain live every week without any interruptions. They don’t need to switch anything around this year, because Christmas and New Year’s Day both fall on a Friday.

WWE NXT Will be on Wednesday without any change as well. 205 Live will also tape on Wednesday as they do every week at the Capitol Wrestling Center.

WWE’s SmackDown brand will air a taped episode on Christmas Day. It was previously up in the air between December 22nd and the 23rd in regards to when they will tape that episode.

According to this new report the company has landed on the 22nd for their taping day. That will give blue brand staff and talent an extra day of travel before Christmas.

We will have full coverage of WWE’s Holiday events right here at Ringside News.