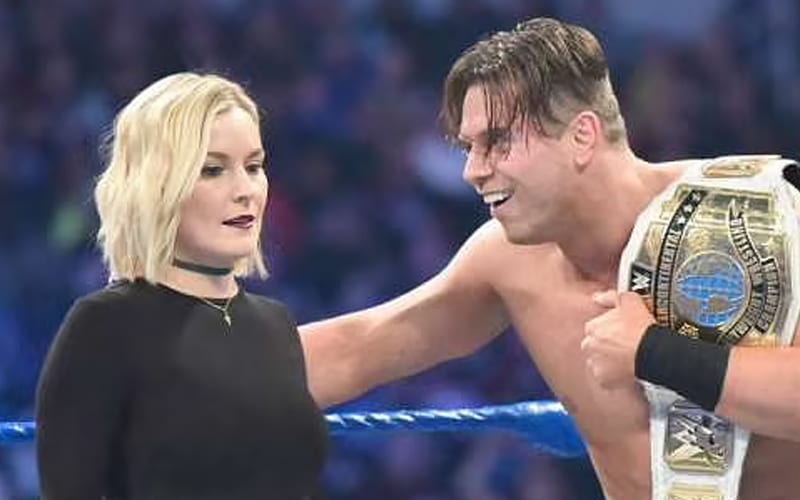 Renee Paquette had an 8 year long run in WWE and she left the company in August of this year. During that time she accomplished a lot, but some fans wondered if she would ever step into the ring.

Paquette recently spoke on the “Getting Over” podcast, where she talked about several topics. During the podcast, she was asked if she ever wanted to compete inside the squared circle. Paquette was also asked if WWE ever pitched her a storyline that would have made her step inside the ring.

Paquette said that she believes WWE had no intention of wasting her role as an announcer or talk show host. They wanted her to focus on that role only. She added that she was always willing to get physical if a storyline called for it, as she was always open to trying different things.

So, I was always down to do something. Anything, whether it’s a storyline, whether it involves physicality. I played sports. I was such a tomboy growing up. I wasn’t like a fragile little thing. Like, I will get in there and get dirty and get scraped up, I’m not afraid of that.

The way that I see it anyways, I think with the success I was able to have with WWE as just a broadcaster and as a personality, I think that the higher-ups in WWE valued what I brought to the table. They were afraid of tarnishing that by letting me get involved in the storylines and not be taken so seriously, or to be made the butt-end of a joke or something.

Since her WWE departure, she has had a very active professional life by engaging in various projects that have proved successful for her.