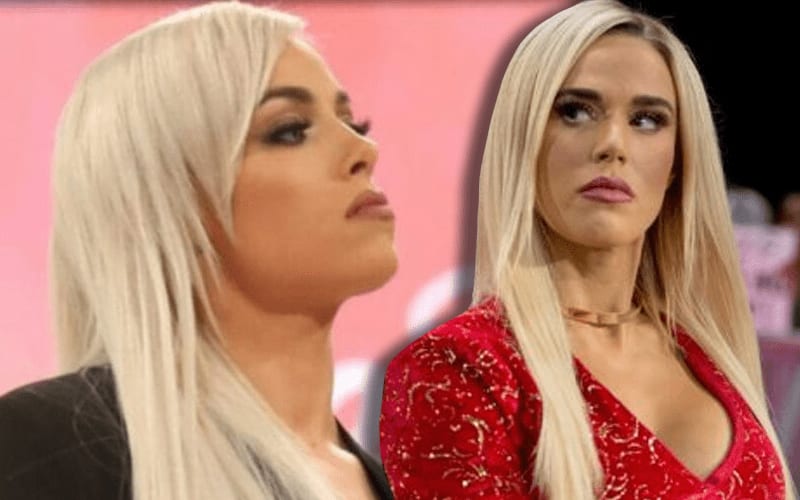 Lana and Liv Morgan teased a romantic lesbian storyline, but then WWE dropped it out of nowhere. This was a shocking moment created with zero follow-up in mind. In a recent interview, Lana said that WWE plans to re-visit that angle soon. That isn’t the case.

In a recent interview, Lana said: “I can see the story picking up any time, any day. You know? Like I think it’s a very, very compelling story and I would love to revisit it. So, that’s what I was told. That we’re going to revisit it at some point. So I’m looking forward to revisiting it at some point.” We asked around about her statement.

Ringside News has been told that there is no consideration at this time to bring Lana and Liv Morgan back together. That storyline is long gone in the eyes of practically everyone at this point.

Vince McMahon has a tight circle of people he listens to, and none of them are pulling to revisit Lana and Liv Morgan’s romantic storyline. Bruce Prichard is a main reason why Liv Morgan slipped down the priority list after Paul Heyman pulled for her backstage.

We were also told that brand lines are another obvious issue in this situation. “Lana is on RAW. Liv is on Smackdown. I’d like to see how that is pulled off.” This situation seems to be one where Lana said something in an interview to get people talking. If that is the case, then her plan worked. If she was told that there are plans for her storyline to continue with Liv Morgan, then it’s news to everyone we spoke to.

Lana is currently in a storyline with Asuka as her tag team partner. They will face Nia Jax and Shayna Basler at WWE TLC for the WWE Women’s Tag Team Titles. Liv Morgan is not booked for TLC, but her reunion with Ruby Riott brought the Riott Squad back together.

Many fans were very interested about the idea of Liv Morgan and Lana circling back around to their romantic situation. If they eventually end up on the same brand, it’s always possible. There is nothing in the plan for that to happen right now at all.