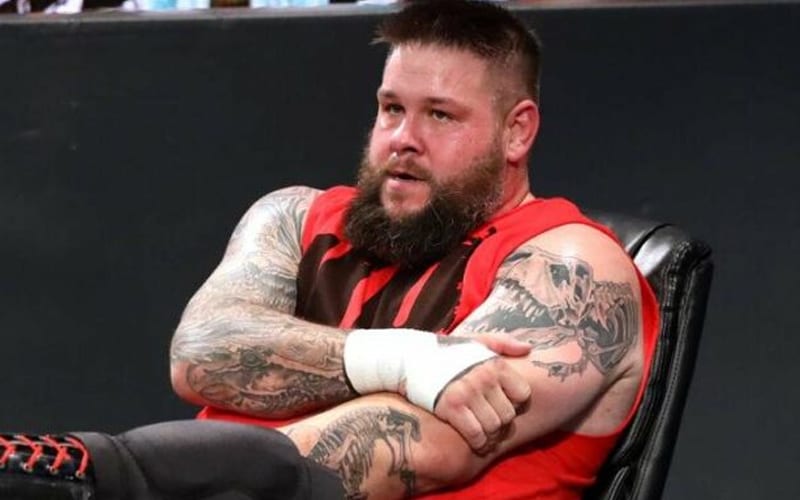 Kevin Owens had to clear things up recently because he’s not one to shed tears over many things, especially a gimmick.

Some outlets picked up this quote about Kevin Owens crying over a gimmick idea. The man himself eventually chimed in to clear up any misconception.

I’m pretty sure I only cried once I found out that I COULDN’T be the New Mountie.

Nick Dinsmore later clarified that “it was a joke.” This was obviously lost in context as so many thought it was a real story about The Fighter crying over a gimmick pitched to him. Owens said that he didn’t cry over it, and he made a nice little joke in the process.