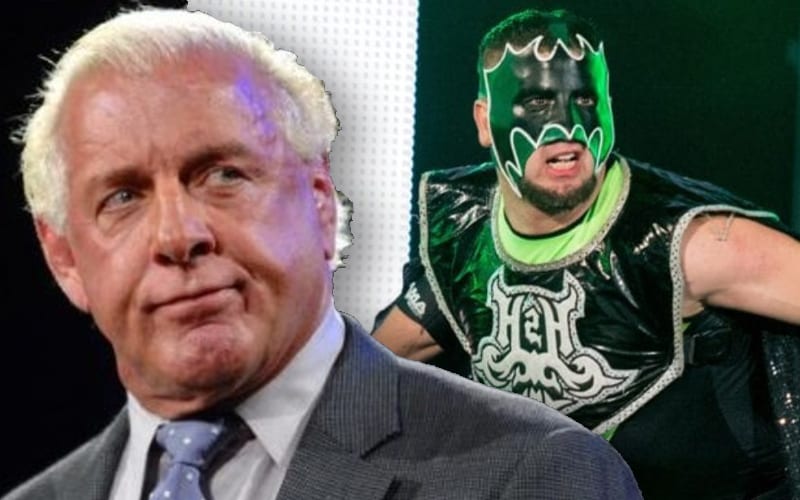 Shane Helms dropped the Hurricane gimmick for a while in WWE and he turned heel. He has Ric Flair to thank for that move in a lot of ways.

While speaking to Wrestling Inc, Shane Helms discussed that time in his career when he dropped the Hurricane gimmick. He said that Ric Flair, who was a mentor of his, told him “you’re too good for this gimmick.” That certainly encouraged a change in character..

“After the Rosey run with the tag championships, we won those and that’s my favorite championship run. And then they took them off of us for another experiment of Cade and Murdoch, which might’ve been the least over team we ever worked up there. And it was just like really another gimmick like this. In this time, too, you know, Flair was always kind of a mentor for me. And Flair was just like, ‘You’re too good for this gimmick.’ And like, he’s saying that to me like a couple of years before the turn, but it was something that has stuck with me because me and Flair had a pretty good run there for a little while and got to work TV a couple of times, a couple of times on live events. And just that stuck with me, you know? ‘You’re too good for this gimmick.'”

Helms did eventually gravitated back to that super hero character eventually. He also used it on the indies when he left the company. Shane Helms is back with WWE in a backstage producer role after getting furloughed on April 15th.