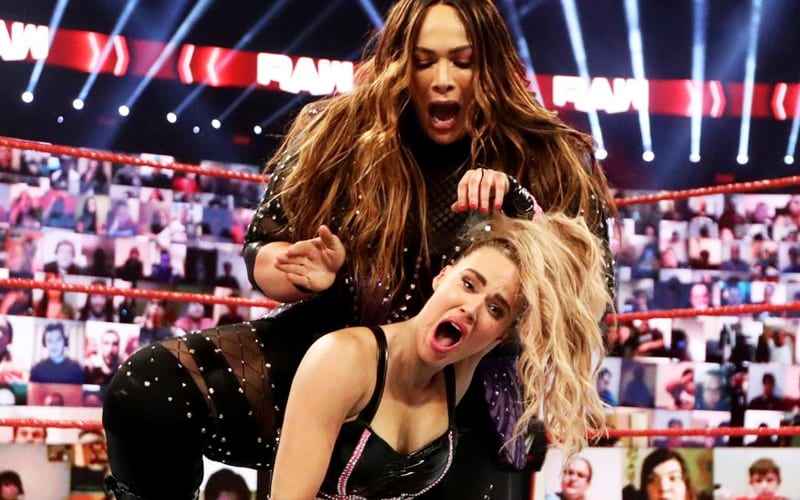 WWE booked Lana vs Nia Jax on Raw this week. TLC is this Sunday, and that match will help put the finishing touches on Lana and Asuka’s program with Nia Jax and Shayna before they collide in the ThunderDome. Lana and Jax have a long history of bumping through announce tables. Lana has always been on the receiving end of that bump, but she intends to slay her dragon.

Click here for a run-down of what to expect from WWE Raw this week.

While speaking to Sportskeeda, Lana said that Nia Jax is like a dragon who hasn’t been slayed yet. She will go into a David versus Goliath situation on Raw, but she intends on succeeding even with the odds stacked against her.

“I am so nervous, but I’m so excited. I mean, Nia is the dragon that hasn’t been slayed and, you know, this Monday is going to be David versus Goliath. That’s literally what the match is going to be. And, you know, just like David went into that war knowing that all the odds were against him, I’m going into this knowing that like pretty much a lot of odds are against me.”

This entire situation is headed toward TLC. The betting odds are now totally even for this match. It’s anyone’s guess if WWE will give this big win to Lana at TLC which would also make a double champion out of Asuka.