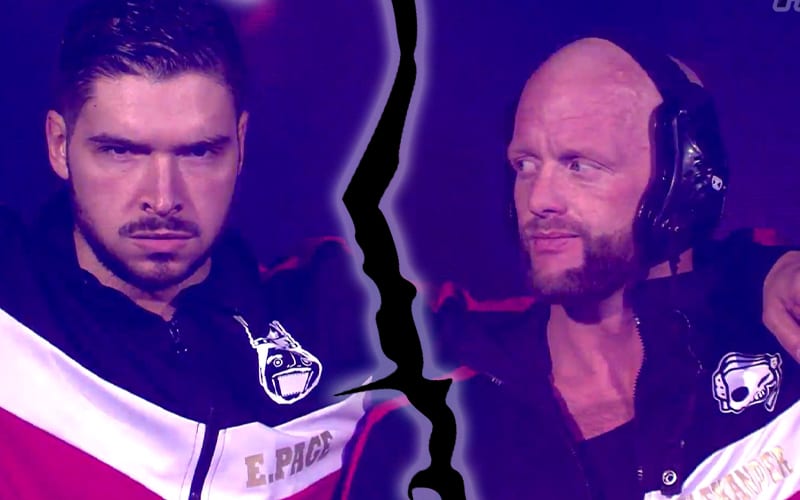 Update: Josh Alexander has responded to this report by explaining why he’s selling so much North gear: “The North hasn’t worn any of that gear in months. Also we got too ripped and need smaller jackets.”

Original: The pro wrestling landscape is going through a lot of changes, and Impact Wrestling is not immune to a roster shift. 2021 will likely mean the exit of Ethan Page from the company unless they can work something out for him to stick around.

Ethan Page lost to Karl Anderson at Final Resolution, but All Ego told Josh Alexander that he had a plan. It seemed that Alexander teased a breakup for The North as he took off his entrance jacket.

Alexander turned a lot of heads as he dropped a bombshell on the morning following Final Resolution. He is selling pretty much all of his gear from The North, including that entrance jacket.

Selling gear is nothing new for a pro wrestler. They only have so much room in their closet. When someone sells so much gear from a certain period of their career it also leads many to assume that portion of their pro wrestling journey is over.

Josh Alexander’s Impact Wrestling contract does not run up at the same time as Ethan Page’s. It appears that the two will be setting off in separate directions soon enough. If The North reunites down the line, Josh Alexander might need to have new gear made.