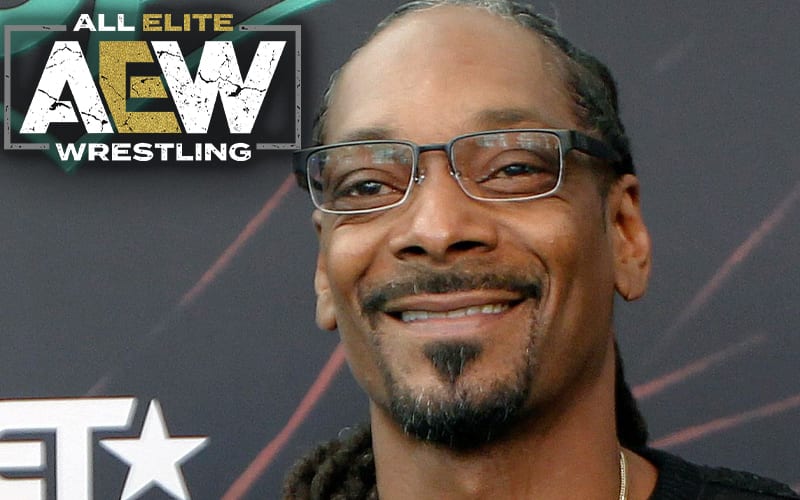 Snoop Dogg dazzled the world with his commentary abilities during the Mike Tyson vs Roy Jones Jr fight. He is going to pop in for the second night of AEW’s New Year’s Smash, and the Doggfather will be back on a headset.

AEW knows how to use Snoop Dogg. He had plenty of great one-liners on commentary during the recent Tyson vs Jones Jr event, and Snoop Dogg is getting a live microphone on Dynamite.

Dave Meltzer confirmed that Snoop Dogg is going to be doing commentary for AEW during the New Year’s Smash event. It wasn’t noted if Snoop Dogg will be on the entire show, but he will at least get some time to speak.

His time is very valuable. He charges $1,200 to do Cameo videos which are rarely longer than 45 seconds in length. We’ll have to see how much AEW can do with Snoop Dogg while he’s around.

Snoop Dogg is appearing on AEW Dynamite as part of TNT’s promotion for the Go Big Show. This is interesting because Snoop Dogg has many WWE connections, including Sasha Banks being his cousin. He will be on AEW Dynamite on January 6th as WWE NXT airs their New Year’s Evil special on the other channel.