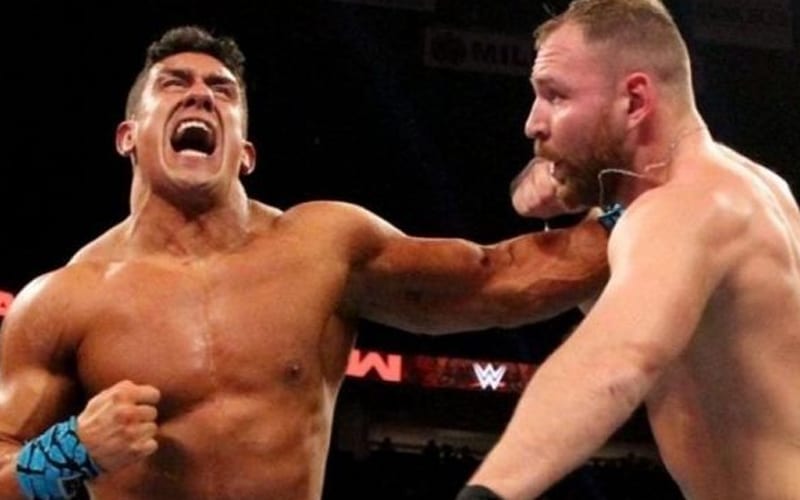 EC3’s run in WWE fizzled in a hurry, and a lot of fans wondered why Vince McMahon soured on him. Jon Moxley revealed all when he finally left. McMahon was upset at EC3 because he couldn’t get fans to boo Dean Ambrose.

While speaking to Fightful, EC3 admitted that Jon Moxley’s words meant a lot to him. Moxley also let everyone know that it wasn’t EC3’s fault that his WWE run sputtered.

EC3 said that he’s not going to whine about it, but when people heard those words from Moxley it made a lot of sense.

“That helped a lot because I have such a high amount of respect for him and his work. It was, I guess, validation’s a good word. ‘Cause I’m not going to be the guy that’s going to complain on social media. I’m not gonna be the guy that’s gonna whine, bitch and moan about anything. I’m going to try to handle it the best I can or I’m going to do what is necessary to get out of it. I’m going to do what I can myself. But, that helped. So, the people that knew were like, ‘Oh, this makes sense. Yeah, okay.’ I just don’t want people to think I wouldn’t try or that I’d relegate myself to being sub par because I’d never do that. Ever. It’s just not who I am. So, that helped. Yeah. Hat tip, ‘Thank you, brother.’”

“At the same time, I can’t put too much in one man’s opinion as much as I respect it. It’s not going to do me any favors here, so I still have to put in the work here with whatever that may be regardless. Whether it matters or not. But, I was willing to try.”

EC3 is nor controlling his own narrative. He will remain with ROH long enough to wrap up his creative storyline with Jay Briscoe. EC3 was pulled from ROH after a pre-travel screening for COVID-19. He will not make Final Battle, but the story is far from over for EC3.