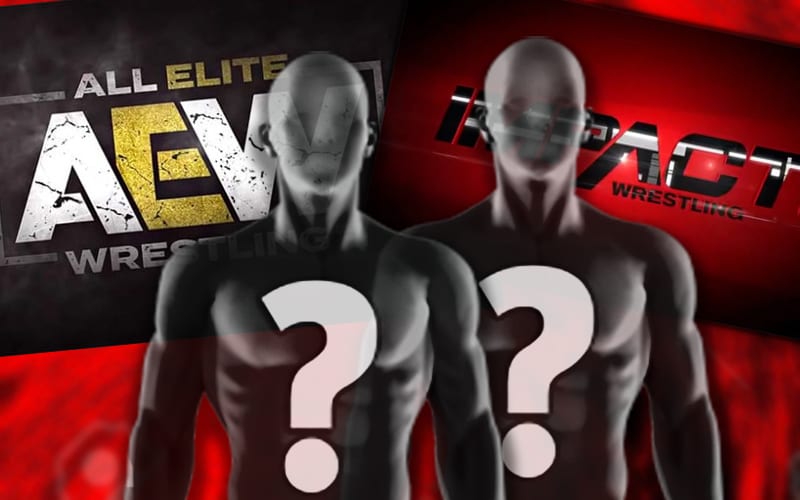 AEW and Impact Wrestling’s new partnership could see wrestlers facing off who aren’t even on the same company’s payroll. This could be a very interesting time for pro wrestling, and Tommy Dreamer has some ideas.

During Busted Open Radio, The Innovator of Violence said that he doesn’t know what the two companies have planned, but he has an idea. H e believes that the angle is working and he has seen the hype.

“Not knowing or having a lot of information because when everything that went down the way it did on Wednesday night, besides my phone blowing up, was above my paygrade. I was not in the know of a lot of this stuff and I let it unfold. For our listeners, that is not uncommon in professional wrestling.”

“I think that [the hype] was already accomplished because my phone blew up from people from AEW and from people within Impact.  I’m not just talking about wrestlers. I’m talking about people within AEW behind the scenes and AEW production people. If you think about it, you got everybody talking. Then we started hearing people talk about potential dream matches. What happened right after that event happened? HHH said, ‘Oh, we are always welcome to working with others’ which never has been the case as far as working with an outside company. So right there, it rang the bell of the industry.”

When Tommy Dreamer was asked if Impact Wrestling has something that will benefit AEW, his reply was simple. The two companies can provide new matches that some fans never thought would be possible.

“If there is one, yes, potential matchups. There have been talents that have left Impact Wrestling and they have not reached the level of performance that they had in Impact Wrestling because hey, some person can see you as something and some person can see you as something else. Same with people who have left Impact Wrestling and gone to WWE. There is so much different stuff that can go on. What I thought of was we can actually have the heart and soul of WCW, Sting, the heart and soul of ECW, Tommy Dreamer, and the first-ever undisputed champion, Chris Jericho and have a three way match.”

The idea of Sting vs Chris Jericho vs Tommy Dreamer in a three-way match does sound interesting. There would also be a ton of history attached to that match.

Others have also wondered what AEW will get out of the deal with Impact Wrestling. We’ve already seen what AEW does for Impact’s viewership. Perhaps, AEW’s favors will come after Impact Wrestling sees how much good this partnership is doing for them.

The dream matches could be endless, but we’re not certain how long this deal will last at this point.