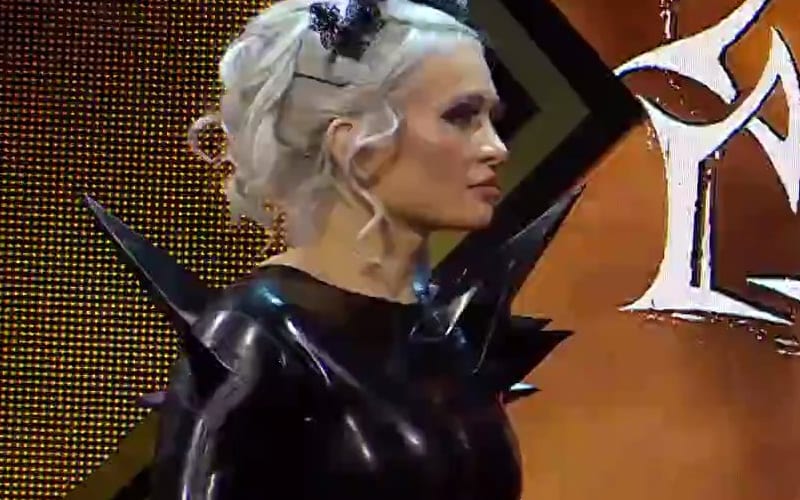 WWE NXT opened up this week with a big segment featuring Finn Balor. Plenty of people wanted a shot at his title, but one man really got his attention. He didn’t even need to show up as Scarlett’s appearance meant Karrion Kross is near.

Damian Priest, Pete Dunne, and Kyle O’Reilly all ended up in the ring with Finn Balor during NXT’s opening segment this week. They wanted a shot at Balor’s NXT Title.

Finn Balor left the ring, and he said that he will defend the NXT Title on December 6th, but it’s up to William Regal to decide his challenger.

Suddenly, Karrion Kross’ music hit, and Scarlett came out. Finn Balor told Scarlett to relay a message to Kross that he is ready to fight.

Then Damian Priest called Scarlett “Smoke Show” before asking if Karrion Kross waits in the car every time so she can handle his business. Damien Priest then provided an open invitation to take on Kross whenever he’s ready.

Scarlett didn’t say anything, but she did smile and walk away. Karrion Kross’ return is coming very soon. Tick tock.