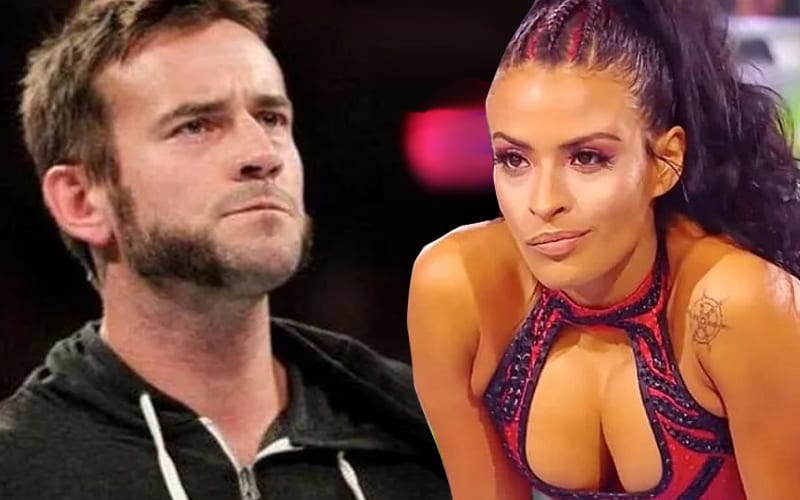 WWE put a ban on Superstars taking part in third party websites. This eventually led to Zelina Vega’s firing. CM Punk has a few questions about that.

Punk and Vega have a connection as she played AJ Lee in the Fighting With My Family movie. This is how Renee Paquette brought her up on Oral Sessions.

“This is where I get controversial and I’ll piss a lot of people off,” CM Punk admitted.

Punk said that he doesn’t know Xavier Woods, and he said that he’s a good wrestler, and has achieved a lot of popularity. This wasn’t about Woods’ hosting gig at G4, but he did use it as a reason to ask why Zelina Vega was terminated.

“I just saw that he was petitioning to get a job with G4? Does WWE get money from that? Why is it okay for him to do that, but Zelina Vega can’t have a Twitch?”

CM Punk said that “was always my thing, and I think people have labeled me as a complainer,” but he just doesn’t think that makes sense.

He then went into how WWE pushed certain people into outside projects while he was with the company, even when another Superstar was meant for that role. John Cena was generally the person they picked for those outside projects instead.

Zelina Vega is focusing on herself, and she will continue on Twitch. Once that 90-day non-compete clause is up, you also never know where Thea Trinidad will show up next.