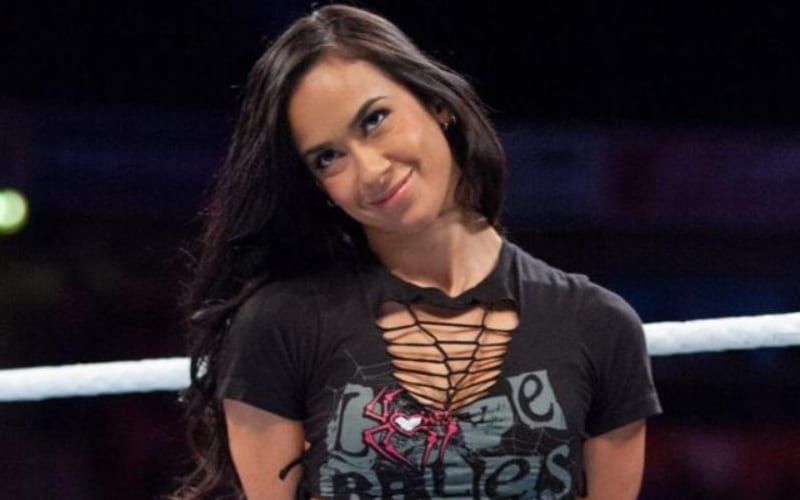 AJ Lee left WWE after her husband, but neither of them have hinted about coming back. Punk did give a glimmer of hope that he might consider a return if it’s interesting, but AEW seems to have more of his attention.

During Renee Paquette’s Oral Sessions podcast, CM Punk was asked about his wife. He couldn’t reveal much right now, because nothing is certain in the entertainment business, but his wife AJ Lee has some exciting things in the pipeline.

“It’s a lot of writing, you know. There are specific things that I wanna talk to you about, but I can’t for a multitude of reasons. You know, like I’m not one to talk about — [he references Renee’s cooking show that WWE took away] cooking — because what if it doesn’t happen? You know, what if something falls through?”

“She’s got a lot of stuff that she’s working on that I’m super excited about. Movies, television, on the mental health side of things. There’s just so many things, but she’s upstairs right now — she’s writing.”

AJ Lee recently dropped a new comic book, but the projects aren’t stopping there. Lee is apparently writing away, but we don’t know what she’s working on just yet.

Odds are we’ll see her work on the silver screen or television. AJ Lee will continue as an advocate for mental health awareness as well.

You also never know if she might step in front of the camera herself, because she does have plenty of experience on that side of things.