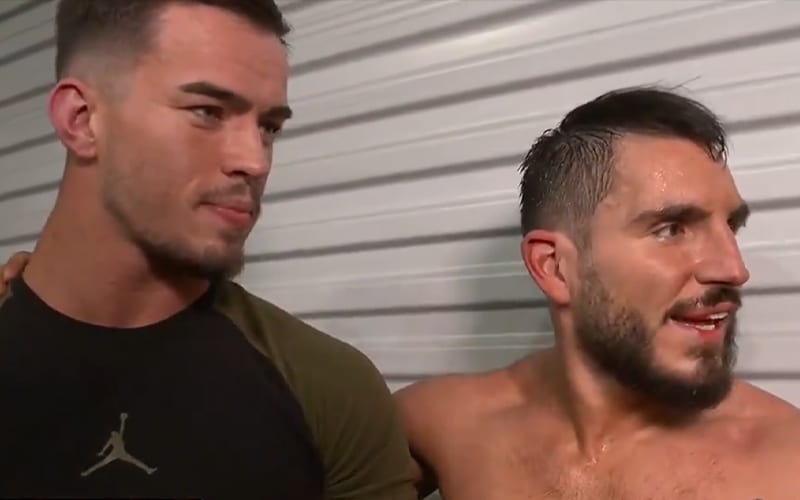 Johnny Gargano’s plan came together at NXT TakeOver: WarGames. He had plenty of people in Ghostface masks try to help him win the NXT North American Title, but then a masked Austin Theory showed up with a lead pipe to make all the difference.

Following NXT TakeOver: WarGames, Johnny Gargano was very happy about how the Gargano Family grew by a member. He’s been hanging out with Austin Theory for weeks now, and he knows what Seth Rollins’ former follower can really do.

Gargano wrapped up his celebratory promo by calling Austin Theory his adopted son and “we will rule NXT just like I said he would.” Then Johnny Gargano and Austin Theory went off to play catch. Theory was all about playing catch with his new pro wrestling father.

You can check out the video promo below.