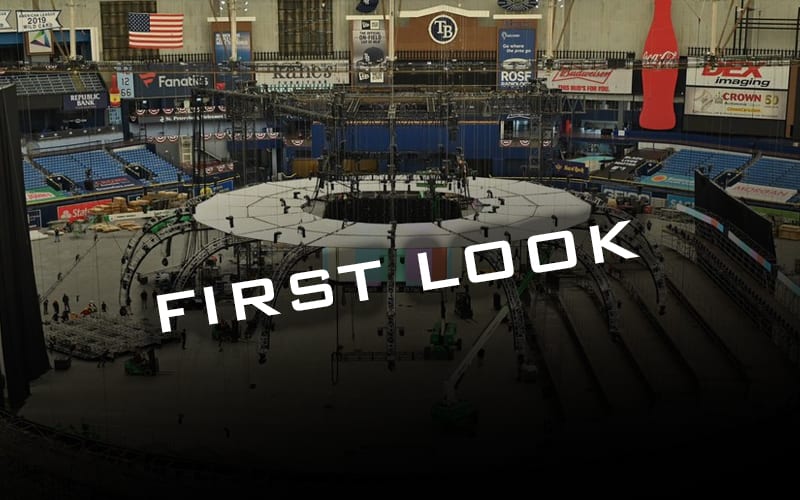 WWE is moving the ThunderDome to Tropicana Field. They will air the first broadcast on December 11th, and the crew is hard at work before SmackDown this week.

Ringside News exclusively reported that Vince McMahon, Kevin Dunn, and set designer Jason Robinson were getting plans started and plotting out their new home. Construction is underway, and you can already see what they have in mind.

Jon Alba tweeted out a photo of the new ThunderDome currently under construction. Tropicana Field has a lot more room for activities. There is also a colony of pigeons that live in the stadium. We’ll keep our eyes peeled for pigeon fly-bys during WWE programming.

WWE has the Tropicana Field for a few months. The Devil Rays need their field back in March. Hopefully, things will be at a point where WWE can start touring again by then.

You can check out the photo of the current construction situation below.