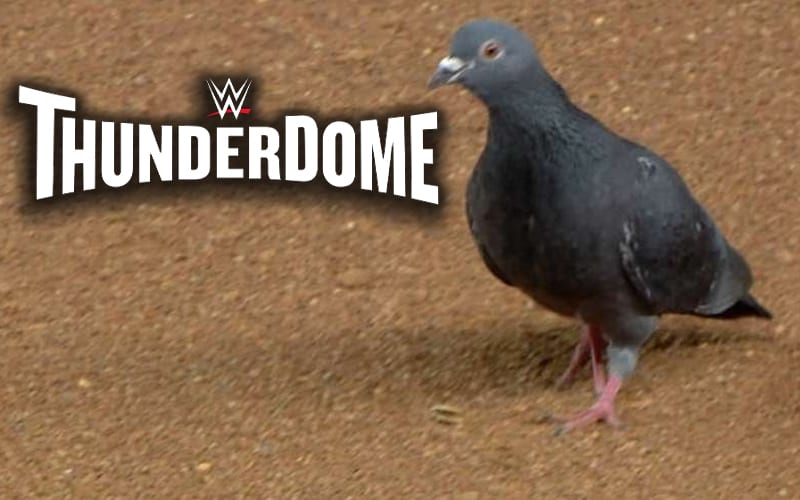 WWE is moving to the Tropicana Field. Their first show will be on December 10th which will eliminate any shows without the ThunderDome. It will be a much different setting from the Amway Center.

The Wrestling Observer Newsletter noted a couple very interesting things about Tropicana Field. The sound is “awful,” so WWE will need to work around that. It stands to reason because it is an open space used to play baseball without any walls for sound to bounce off of.

Another very interesting situation could deal with current residents of Tropicana Field who might decide to literally fly in for the show.

Regarding Tropicana Field, what we’ve been told is the stadium is huge and the sound is awful, although WWE can pipe stuff in and control that aspect. There is also a colony of pigeons who live in the Dome’s roof

WWE will have Tropicana Field for several months. The odds of that colony of pigeons making a flyby is apparently pretty good. All we can do is hope for the best because WWE Superstars might be in for some random aerial assaults’ that are not a part of the show.

This is a very real situation and you can watch a video below where pigeons set up a “picket line” on the right side of the infield during a Devil Rays game.