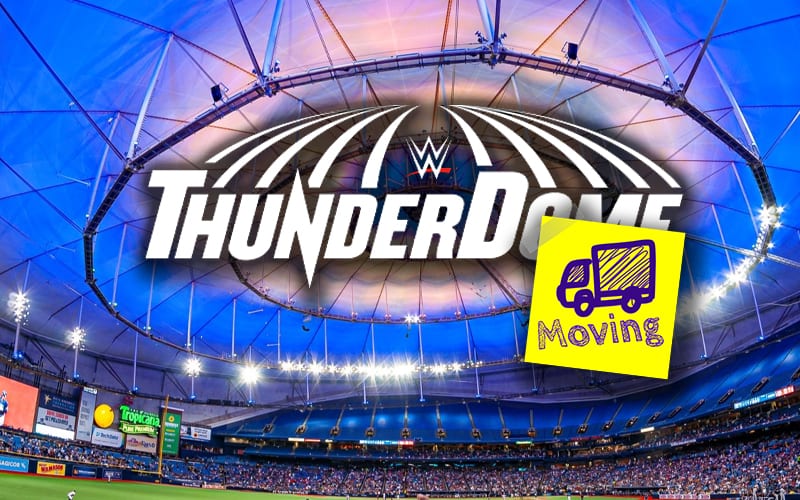 WWE is moving to The Tropicana Field in St. Petersburg. Their first show is set for December 11th, but they’re not done in the Amway Center. Right now a majority of the company’s focus is not on the move yet.

The company’s move to a new location brought a lot of excitement. There is still no concrete, or even tentative, plan to bring back live fans. That won’t stop our awesome readers from sending us tons of questions ranging from production details to locker room and workspace quality.

Ringside News has learned that right now the Tropicana Field move is a concern only for those at the “highest levels” in the company. Most aren’t thinking about moving right now when there are still two weekly shows to produce.

A time will come for the entire company’s staff, talent, and operations to make a move to the Tropicana Field. A tenured member of the team told us that right now people like Vince McMahon, Kevin Dunn, and set designer Jason Robinson are getting things ready, other than that “there is no planning.”

It has also come up that a colony of pigeons resides in Tropicana Field. Click here for our coverage of that story which includes a video of pigeons forming a picket line during a Devil Ray’s game. We have been told that everyone is well aware of the possibility of pigeon interference.