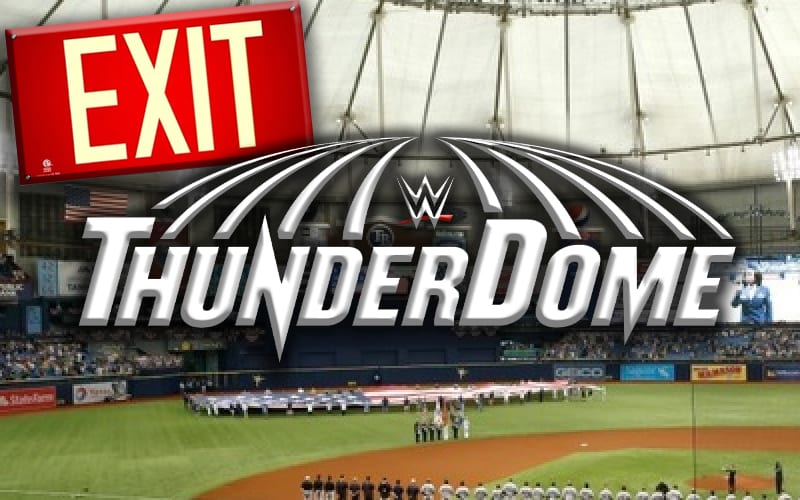 WWE is moving the ThunderDome to Tropicana Field. Their first show in the new venue will be on December 11th, but how long will they be there?

According to Fightful Select, WWE Superstars were told that they were moving the operation to St. Petersburg if they asked. “They were given a heads up if they asked as much.”

The Devil Rays will need the stadium back in March. There was talk about using the Capitol Wrestling Center as well. The drive between the new stadium and Orlando is two hours.

We’ll have to see what WWE does with that large area. They likely have the building until March, so they have time to get settled in.