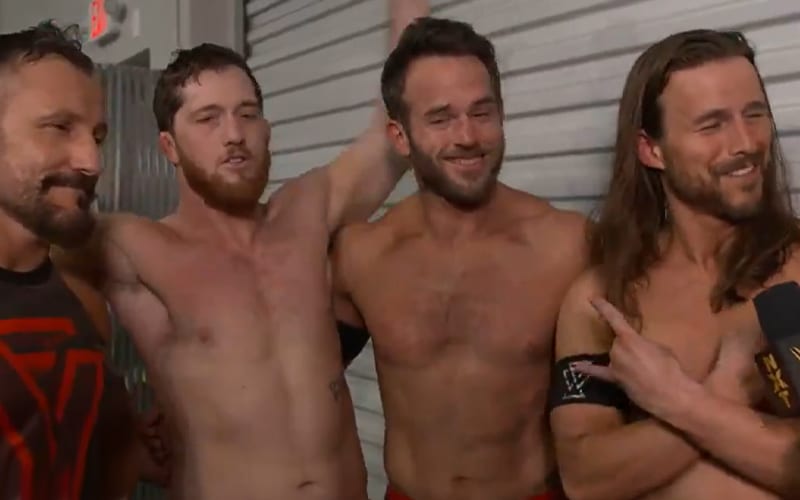 The Undisputed Era defeated Pat McAfee and his Kings Of NXT during NXT TakeOver: WarGames. It was a great feeling for Adam Cole to take out Pat McAfee.

Following NXT TakeOver WarGames, The Undisputed Era cut an interview backstage about how good it felt to take out the heels in the WarGames main event.

“How good did it feel? Imagine the best day of your life and times it by 10,” Cole said. He reiterated how much he hates Pat McAfee and how the radio host had nowhere to run in WarGames. It felt great to put the former NFL player in his place.

The Undisputed Era have been in a lot of WarGames matches, and they haven’t won them all. Last night was a successful outing, and they were very happy about how things turned out.

Kyle O’Reilly said that they’ve gone to war four years in a row, and while they didn’t win each time, the Undisputed Era left those matches closer than ever. Last night was another instance of that.

As they posed at the end of the video, Adam Cole said “I’m sore.” That is likely an understatement, and nothing compared to how they’re feeling in the morning after such a brutal match.