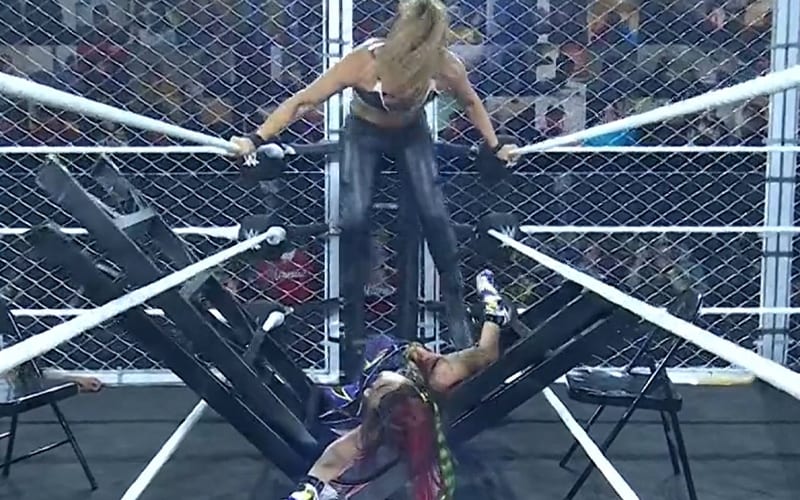 Io Shirai took the pinfall during the women’s WarGames match, which is an interesting spot for the champion. She was apparently a bit injured during that brutal encounter.

Raquel Gonzalez hit Io Shirai with a single armed powerbomb through a ladder that was laid across two ropes. That brutal spot between the two WarGames rings was not an easy one to take and it ended the match. A spot where Io Shirai was squashed in a garbage can also did some damage.

During Wrestling Observer Radio, Bryan Alvarez noted that Shirai was “mildly injured” as she took a spot where she was crushed while in a garbage can.

“Io Shirai was mildly injured, but apparently she’ll be fine after being squashed in a garbage can.”

Interestingly enough, the spot where Io Shirai took a dangerous dive off the top of the WarGames structure while inside the garbage can didn’t seem to hurt her at all. It was later when she was placed in the garbage can and had it crushed on her that did the damage.

The NXT Women’s Champion is apparently going to be fine. We’ll have to see if she misses any action. WarGames took a lot out of the competitors in those matches. Candice LeRae might have suffered a broken arm as well.