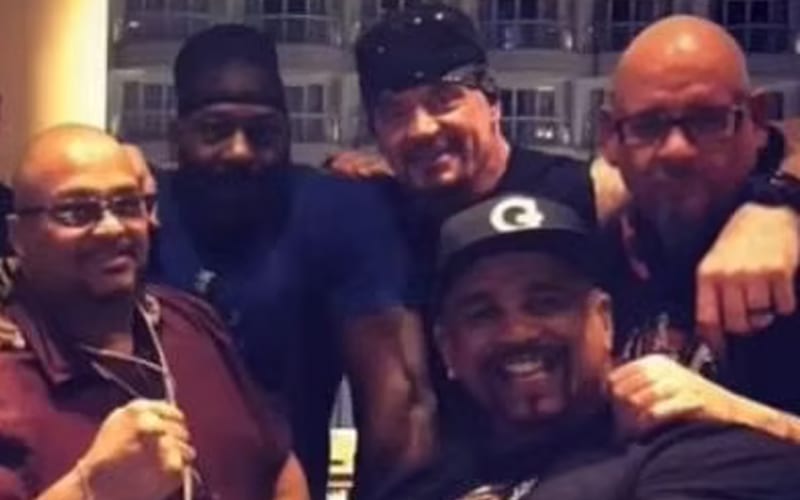 The Undertaker is a legend in the world of professional wrestling. For three decades he made sure to keep his personal life under wraps and maintain his persona outside the squared circle. Recently, The Undertaker has finally opened up about the man behind the gimmick – Mark Calaway.

The Undertaker has shared the ring with several notable names over his long career and has made good friends along the way. He also has several interesting stories to tell and he did just that on a recent appearance on Stone Cold Steve Austin’s Broken Skull Sessions.

Among various topics of discussion, Undertaker talked about his close friendship with WWE Hall Of Famer The Godfather. He shared a funny story of the two when they would get drunk. The Undertaker revealed that whenever he would get drunk with The Godfather, he would give him his Rolex watch, which The Deadman would then take back from him the following day.

He added that this became a tradition as the two travelled together on the road when they were active WWE Superstars.

“When you start making a little bit of cheese, you get the python boots,” The Undertaker recalled. “Then, you get the Halliburton briefcase. But then, when you get the Rolex biscuit, right? That’s when you’ve made it. When I got mine, I got all twisted up, and every night I would give my Rolex to [The Godfather]. I’d give it to The Godfather like, ‘brother, I love you’. I’d be so out of my mind, ‘brother, I love you, brother.’ And he’d go, ‘I love you too, man. We’re good, right?’ ‘Here, I want you to have this.’ He’d be like, ‘naw, man. I ain’t taking your Rolex.’

“I’d give it to him and the next morning, he’d give it back to me. I can’t tell you how many times I gave [The Godfather] my Rolex. In theory, I probably gave my Rolex away to [The Godfather] and it was only him, I’m going to say conservatively, I probably gave him my Rolex 20 times. Yeah, and 20 times he gave it back to me the next morning. I’d be like, ‘thanks, man. I appreciate it. That’s why I love you, brother.'”