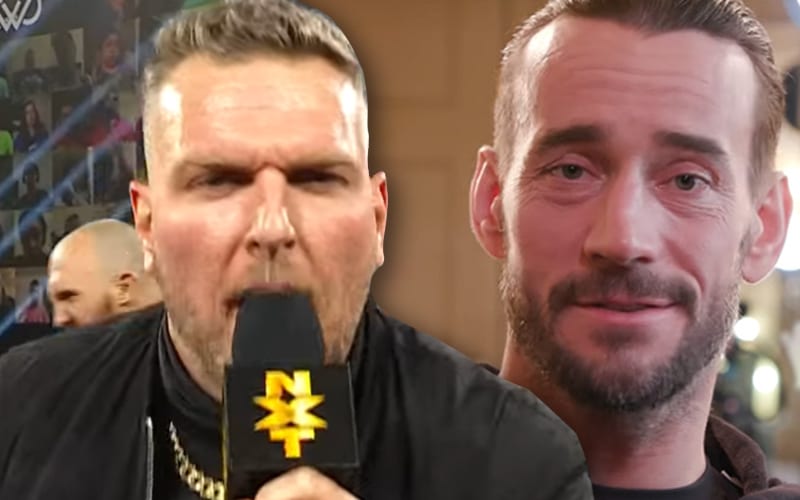 Pat McAfee always wanted to be a WWE Superstar, but the NFL called his name first. He finally made it to the squared circle, and he’s having the time of his life.

CM Punk recently commented on how WWE NXT needs to fix their writing. He followed that up with a tweet which explained exactly why he feels this way.

Pat McAfee’s promos are fire, and CM Punk agrees. McAfee talks for a living as a radio host, and his passion for pro wrestling adds an excellent ingredient to what he has to say on the microphone.

The Second City Savior tweeted out saying that everyone should be embarrassed that McAfee is currently doing the best promo work in the entire brand.

A lot of it has to do with circumstance, but everyone else on the show(s) should feel embarrassment, and subsequently USE said feeling to better themselves, at the fact that @PatMcAfeeShow is a better promo than everyone on the show(s).

The black and gold brand has a lot of talented people, but their promos are nothing compared to what Pat McAfee brought to the table. It comes natural for McAfee, and that is evident as well.

We’ll have to see how long Pat McAfee sticks around, but it got him in a huge match at WarGames.