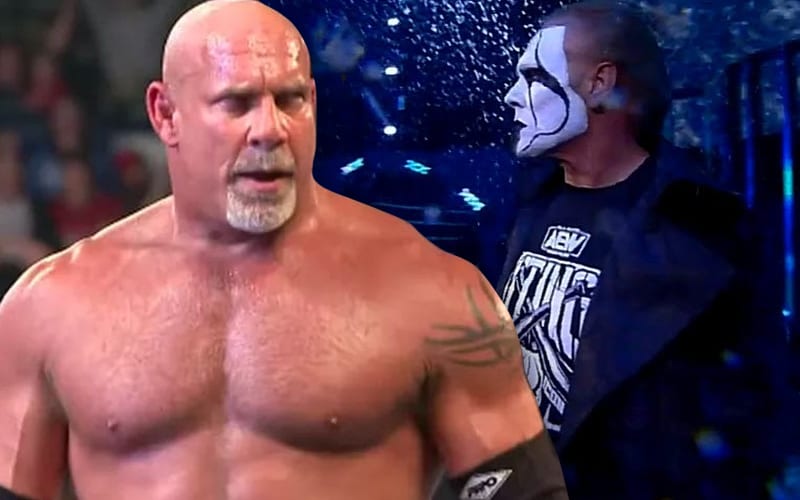 Sting debuted for AEW last night during the Winter Is Coming special. Tony Khan certainly delivered a big surprise in Daily’s Place, and a lot of people took notice. Some fans also compared bringing in Sting to WWE’s usage of Goldberg. This trended overnight and garnered a lot of responses.

WWE brought Goldberg back to the company and handed him the Universal Title. That ended The Fiend’s run with the title in Saudi Arabia and started a WrestleMania program for Goldberg, one he never got to conclude with Roman Reigns.

Some fans argued that AEW is doing the same thing with Sting, but they’re not. Sting won’t be taking bumps as the 61-year-old pro wrestling legend will be not getting very physical according to initial reports.

Fans argued that there is a big difference between WWE bringing in Goldberg and handing him their top title and Sting making appearances for AEW. First off, Sting will likely be around AEW far more often than Goldberg ever was as Universal Champion.

You can check out some responses to this topic below. This was certainly a popular subject of conversation.