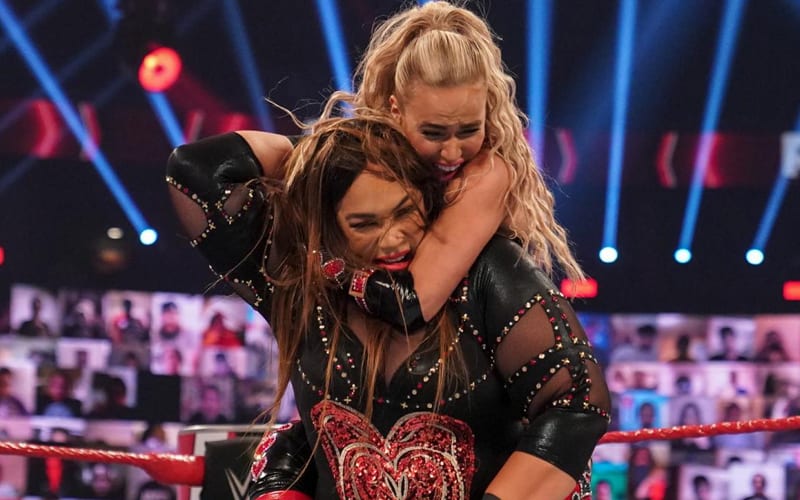 Nia Jax and Shayna Baszler lost a non-title match against Lana and Asuka this week on RAW. That match included a pretty obvious botch, but Nia Jax had an explanation for it.

One fan sent out a video of Lana pulling down the middle ropes early. Jax charged at Lana anyway and went between the ropes because that was the planned spot. It was obvious that Lana shouldn’t have pulled the ropes down so early, and then Jax shouldn’t have ran through them. That was the way the match was laid out, so they went with it.

Jax tweeted out a reply to this fan by saying: “Umm, I was charging at Little Jimmy, he had it coming.”

Nia Jax’s explanation of charging at R-Truth’s invisible friend was comical. Hopefully, the two teams will have a much better match when the time comes at TLC.