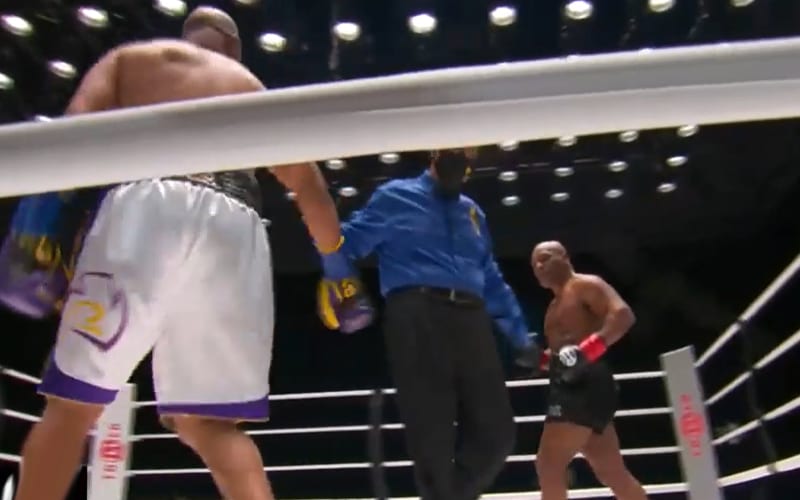 Mike Tyson and Roy Jones Jr threw down in an exhibition boxing match, and the world took notice. The pro wrestling world reacted as well.

Mauro Ranallo was on commentary, and there are obviously pro wrestling connections there.

Plenty of things were notable throughout the event. This included Jake Paul calling out Conor McGregor. Let’s hope that fight happens.

Snoop Dogg also garnered a lot of attention. He was on commentary and performed during the event. It certainly showed that Snoop Dogg is one of the greatest performers of all time.

When it finally came down to Tyson vs Jones Jr, plenty of people had to comment about the big fight. There was no real “winner,” but it was an event that got a lot of people talking, especially Snoop Dogg.

You can check out some of the best reactions below. We will likely be adding to this article as more come in.