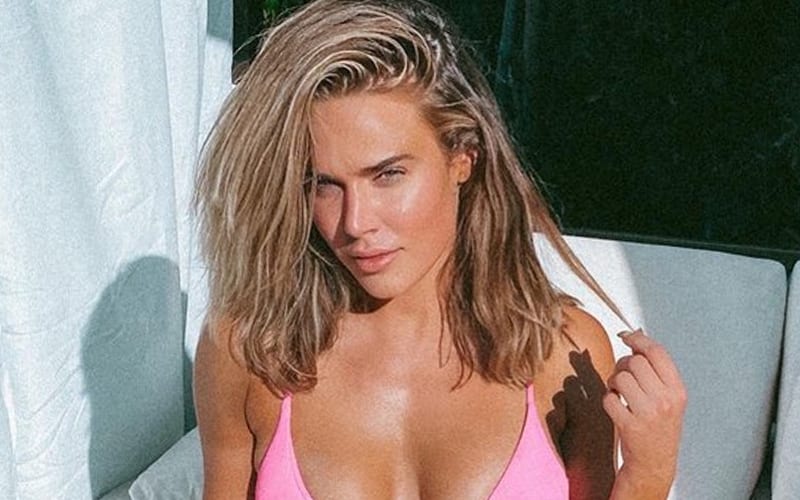 Lana and Asuka are now a team, and they could end up as WWE Women’s Tag Team Champions. The Ravishing Russian likes to dance and take photos with her partners, and she’s not planning to stop that trend.

Ringside News exclusively reported that Vince McMahon has confirmed four matches for TLC. Lana and Asuka vs Shayna Baszler and Nia Jax is one of those matches.

Lana tweeted out a photo of herself lounging around. She provided a caption that might imply she’ll have Asuka join her soon.

Lana capturing a title could be a great capper to her storyline of going through endless commentary tables. Asuka could also become Empress Two Titles at TLC. We’ll wait to see if that happens. We’ll also keep our eyes open for a photo shoot or TikTok dance video starring Lana and Asuka.