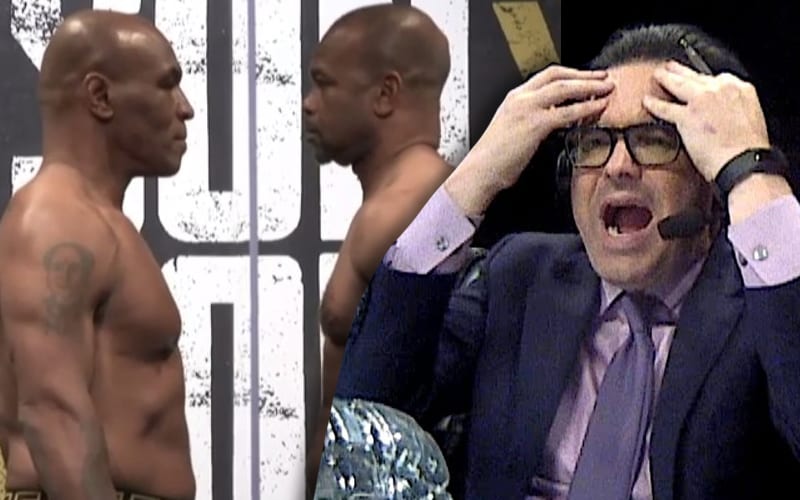 Mike Tyson and Roy Jones Jr are set to throw down tonight on pay-per-view. A familar voice will be calling the action, especially for fans of WWE NXT.

Mauro Ranallo exited WWE around SummerSlam, but he didn’t leave the commentary game. The Bi-Polar Rock n Roller has a big gig tonight.

It was announced by Sports Illustrated that Mauro Ranallo will be calling the Tyson vs Jones Jr fight tonight. He will be substituting in for Al Bernstein. “Sugar” Ray Leonard will be on commentary alongside Ranallo.

The fight will broadcast on PPV and FITE.TV. The event will kick off at 9:00 PM EST.