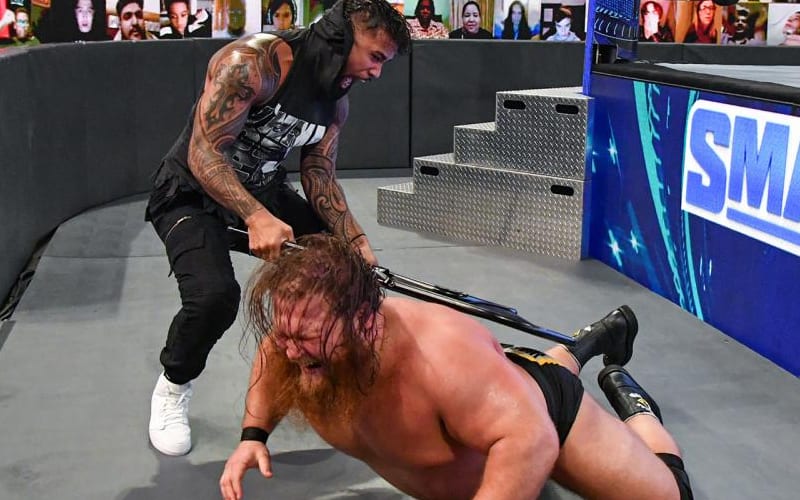 Otis was taken out by a chair shot attack from Jey Uso during SmackDown this week. Later on, Kevin Owens took down Jey Uso and then he continued his assault. WWE has an update on Otis’ status.

WWE released an update on Otis. It was said that Otis suffered “multiple areas of contusions and tenderness of the muscles throughout the thoracic spine region.” Hopefully, Mandy Rose can help him feel better.

This is likely a kayfabe injury, but it’s interesting that WWE is letting fans know about his status.