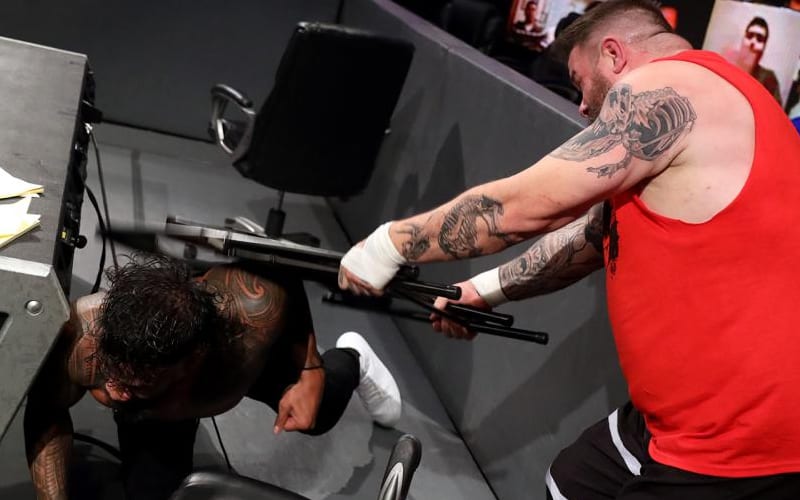 WWE Superstars put their bodies on the line every time they step in the ring. Sometimes that results in an injury along the way.

WWE released an update on Jey Uso following Kevin Owens’ brutal attack on him this week on SmackDown. This is likely a kayfabe injury, but they are hammering home the storyline severity of the attack.

Jey Uso was sent to the trainer’s room and it was revealed that he has “bilateral upper extremity weakness as a result of stretching of the lower cervical nerve roots from the chair strikes.”

WWE also provided an injury update on Otis, who was injured by Jey Uso previously in the night. You can click here for that information.