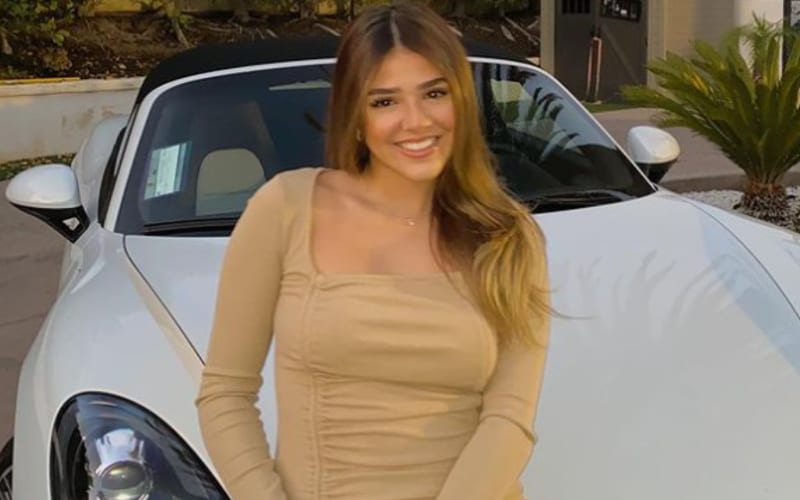 Aalyah Mysterio is on WWE television practically every week as part of an ongoing storyline with her family. She is kayfabe dating Murphy, but that’s just for the show. She really is Rey Mysterio’s daughter which comes with some perks.

Mysterio’s 19-year-old daughter posed next to a Porsche in her family’s driveway. Her caption said: “Lots to be thankful for.” She didn’t confirm that it was her car, but plenty of her followers got that impression.

Aalyah Mysterio hasn’t signed a full-time WWE contract that we’ve heard. As of this writing, it is believed she is still on the same weekly per appearance arrangement she was on as Ringside News first exclusively reported.

It appears that Aalyah Mysterio’s angle with Murphy is going to continue. Seth Rollins has left the picture as he went home to be with Becky Lynch as she prepares for childbirth.