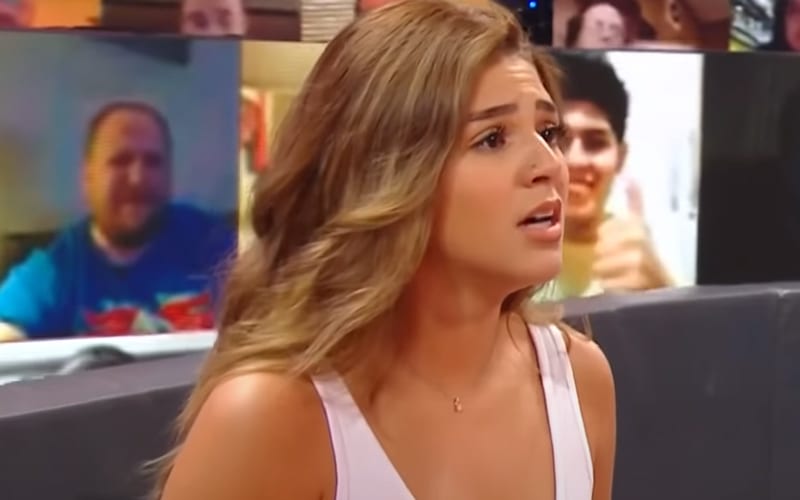 WWE brought Aalyah Mysterio to Raw as she stood by her family’s side in their feud against Seth Rollins. Aalyah Mysterio’s budding storyline with Murphy also captured the WWE Universe’s attention for several reasons. WWE could be a landing pad for Rey Mysterio’s daughter, but it isn’t a full-time career plan yet.

A report came out a while ago saying that Vince McMahon loves Aalyah Mysterio’s work and it wouldn’t be a surprise if she is offered a full-time contract. That full-time contract might have to wait for her to finish school.

Ringside News has learned that there are currently no plans to sign Aalyah Mysterio to a full-time WWE contract. She will continue on a per-appearance deal for the time being.

A member of the creative team with close knowledge of the situation told us that Aalyah is in college. At this time her deal is only part-time, but that isn’t to say things can’t change down the line.

WWE hasn’t registered a trademark on Aalyah’s name yet either. They registered multiple ones for Dominik Mysterio so far with different spellings.

For the time being, Aalyah Mysterio will continue on WWE television when she is needed, but the company isn’t locking her into a contract as they did with her father and brother.