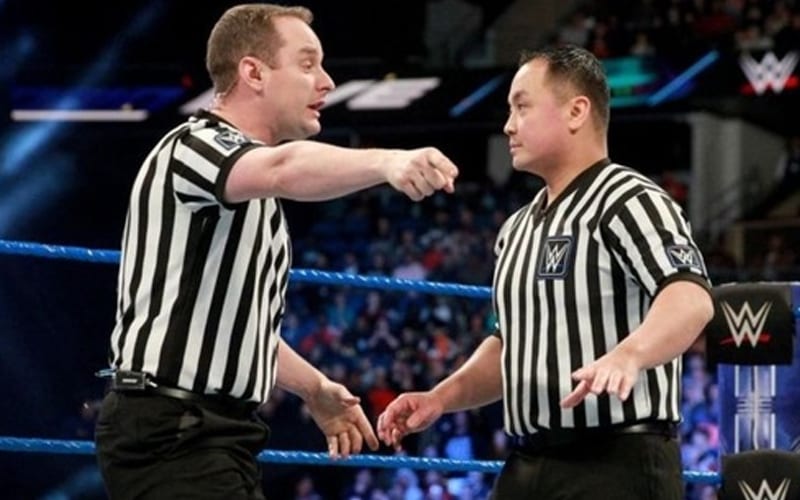 WWE’s officiating got a big spotlight on Monday when a match was ruled as a double count-out when it wasn’t supposed to end that way. The company wants to present their referees in a legitimate sense, and that brought out several questions.

In recent memory we’ve seen referees call matches as a shoot, and some fans wondered why. If a match messes up and the referee can stop it, then why don’t they call the matches as they are booked?

Ringside News has learned the reason why Vince McMahon made this decision for referees to call matches as a shoot, and it makes a lot of sense. It all boils down to getting heat on the heels.

A tenured member of the company’s creative team explained to us that McMahon “just feels the referees need credibility so if a heel actually cheats, he or she can get actual heat, otherwise the heat is on the referee.”

The “bumbling referee” trope in pro wrestling has been more than played out. WWE wants to make sure that things go as they should, so when a heel breaks the rules they are getting the disdain from fans instead of the referee.

A WWE referee has many roles, but they’re supposed to call things down the middle between the bells.