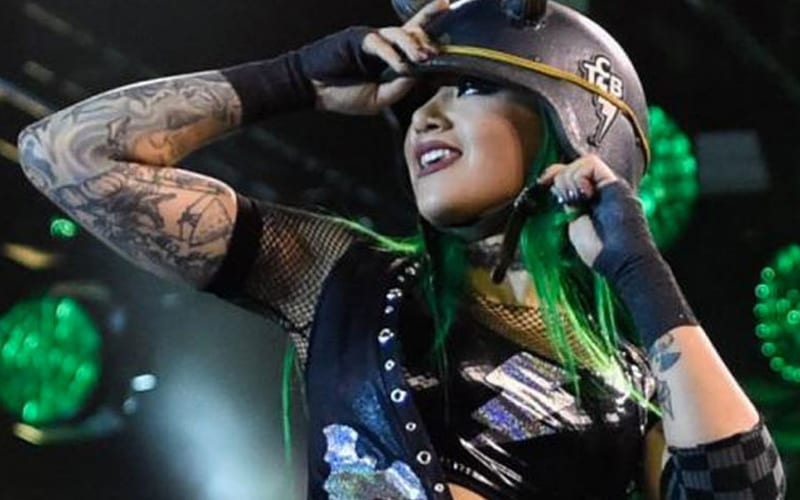 Shotzi Blackheart lights up NXT on a weekly basis. Her charisma is as unavoidable as her green hair. She has gone through a lot, and she recently opened up about that in a big way.

During Chasing Glory, Shotzi Blackheart opened up about traumatic sexual abuse that she experienced as a child. Her uncle is in jail to this day, but the pain is still very real with Blackheart. This is why she used performing as an outlet to help express herself.

“I had a pretty rough childhood, to be honest. I bounced around from like, my mom’s to my dad’s and to my friend’s house at a real young age. I dealt with a lot of sexual abuse for like, years. When I finally came out about it – I came out to my middle school counselor – [my uncle] went to jail. He’s still in jail now. But when I came out about it, some of my family didn’t believe me. But my dad really helped me through it, and so did musical theater. That’s why I liked performing so much – it was a big outlet for me. That was my therapy.”

“I know that so many girls deal with this; it’s like a crazy amount. I encourage girls to come to me and talk about it because I’m so open with it.”

Shotzi Blackheart has quite a backstory, and she’s persevered through a lot. She garnered a lot of attention and fans because of her tenacious attitude in the ring, and on the microphone. Hopefully, this is only the beginning of a prosperous career for her in WWE.

Blackheart also received a ton of support after coming forward so others can look toward her and see what she made it through as well.