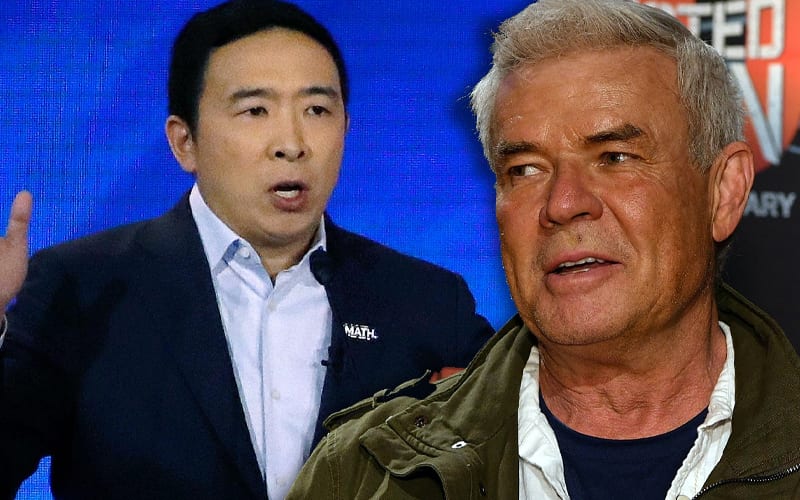 The subject of WWE Superstars unionizing has come up in a big way in recent months. Zelina Vega’s firing has sparked a greater conversation that was already brewing. Andrew Yang is also on the forefront of this fight.

During the ‘Everything Is Wrestling’ show, Eric Bischoff briefly spoke about WWE Superstars possibly unionizing. He brought up former Presidential Candidate Andrew Yang and how he is likely to jump in front of this issue just to get himself extra attention and support.

“And if you’re a politician and I have not a very high regard for most politicians, I’ll tell you that, on either side. I’m just not a big fan. I think they’re right just ahead — I’m not even gonna say it. It’s too impactful… pimps and whores come to mind. Sorry, I couldn’t help it. But if anybody doesn’t think that Andrew Yang is going to jump way out in front of this issue and give it a lot of visibility and noise, simply because it’ll give him a lot of audience and a lot of support, you’re sadly mistaken so I think it’s gonna become a hot issue. That’s my prediction.”

We’ll have to see how this situation plays out. Andrew Yang promised that if Joe Biden won the 2020 Presidential election then he will do something about this. Since Joe Biden is the President elect then things could only be starting.

Don’t put it past Andrew Yang to continue fighting for WWE Superstars once the new administration starts in Washington.