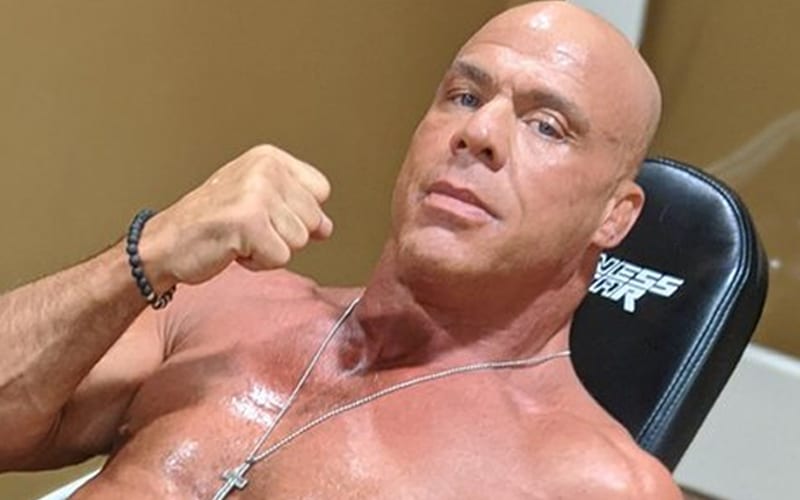 Kurt Angle is 51-years-old, but he doesn’t feel that way at all. He’s in fantastic shape, and the retired WWE Hall Of Famer recently dropped a photo to prove it.

Angle might not be wrestling anymore, but he’s still hitting the gym on a regular basis. He released a new photo showing off his ripped abs after doing some reps while touting that he feels like he’s in his 30’s again.

Damn it feels good to be able to train hard again…..feeling like I’m in my 30s

Kurt Angle recently turned down a chance to make an Impact Wrestling return. He also rejected an offer from WWE to be Matt Riddle’s manager.

He’s very busy with his health food business and spending time with his family. Obviously, he’s also getting plenty of time to stay healthy as well.