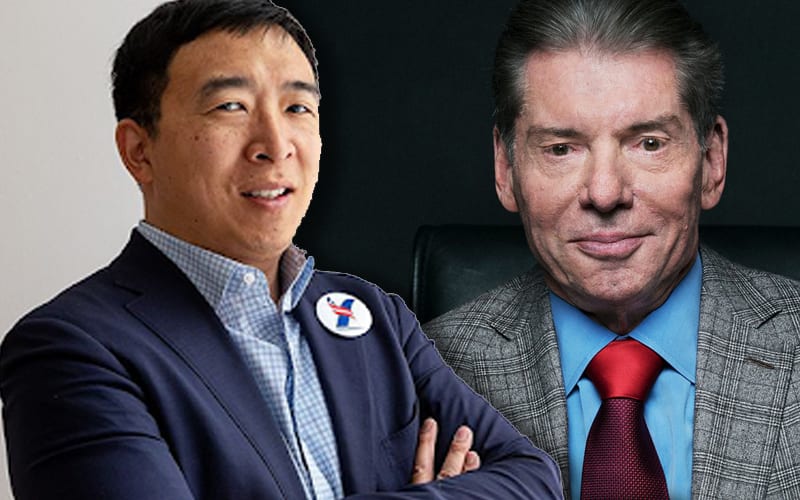 Zelina Vega was released from her contract today, and many believe she was one of the Superstars talking to Andrew Yang. He’s been on a mission to correct how WWE considers their Superstars as independent contractors.

One fan tweeted out to welcome Zelina Vega as she keeps fighting the good fight. Andrew Yang was tagged in that tweet, and he had a very interesting, yet short reply.

I haven’t forgotten about Vince McMahon.

We’ll have to see what happens in this situation. Dave Meltzer made a comment about Vince McMahon deciding to fight this battle. It seems that Vince McMahon might have a long four years ahead of him if Andrew Yang is able to do as much as he promised to accomplish with Joe Biden as POTUS.