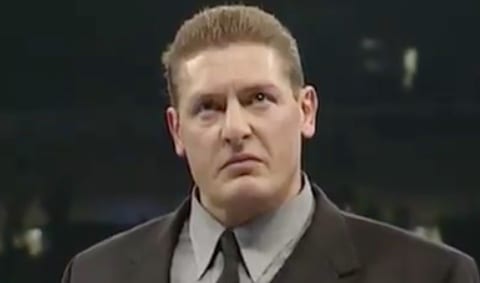 William Regal is best known by many for being one of the greatest British wrestlers of all time – but beyond his in-ring style, Regal was also fantastic at character work.

That was true of his career before he even got to WWE but once he arrived, he really did take things to a whole new level.

After a throwback clip was posted of him in a verbal confrontation with The Rock, Regal took the time to reflect on what he was thinking on that day.

I turned up at the arena that day and thought “how have I ended up in this position and a few years ago I was wrestling on a booth at a fairground in Blackpool” quickly followed by”well you’ve got all this experience” then “ you’ll fail miserably”.Lucky lad!

It’s unlikely we’re going to ever see one more match from Regal but considering what he’s already been able to achieve, we’d argue that doesn’t matter all too much.