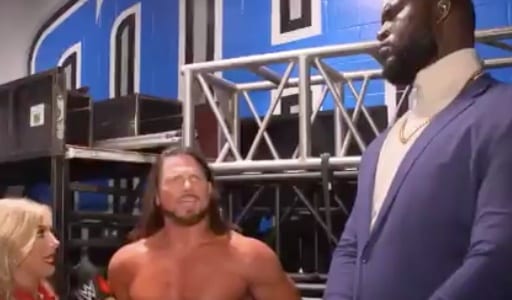 Last night’s episode of Monday Night RAW certainly got things moving in the wake of Survivor Series as we begin to look ahead to the final big event of the year – WWE TLC.

The focus has now largely shifted towards figuring out who will be the next challenger for Drew McIntyre’s WWE Championship, with a triple threat match being set up for next week’s show to determine the answer.

Riddle, Keith Lee and AJ Styles all managed to qualify, with the latter being pretty confident about his chances of success.

Styles is the most experienced of the three and is certainly the biggest star, so it makes sense to think of him at the favorite heading into next week.