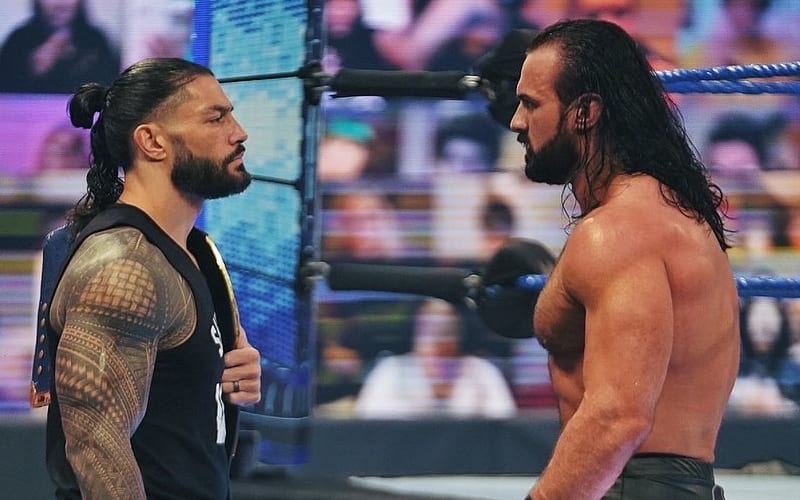 Roman Reigns is set to take on Drew McIntyre at Survivor Series. That champion vs champion match will not be for their man’s title, but Drew McIntyre has something to prove against the Tribal Chief.

Prior to their Survivor Series war, Roman Reigns sent out a little dig at Drew McIntyre. Reigns referenced The Undertaker’s Final Farewell as he said that there will be a lot of talk about “legacy” and “legend tonight. When it comes down to his match against McIntyre, he still considers the King of Claymore Country as #2.

Today there will be a lot of talk about “legacy” and “legend.” You don’t get the chance to look back if you don’t put in the work now. I am head of the table, Universal Champ, THE Champion of @WWE. @DMcIntyreWWE is a skilled, focused, and strong … #2. #SurvivorSeries #WitnessMe

It will be very interesting to see how WWE books Survivor Series. They need to make both of their champions look strong. Drew McIntyre just won the WWE Title back this week on RAW, so he certainly doesn’t want to take a loss this soon after reaching to top of the mountain once again.

We will have complete coverage of WWE Survivor Series right here at Ringside News.