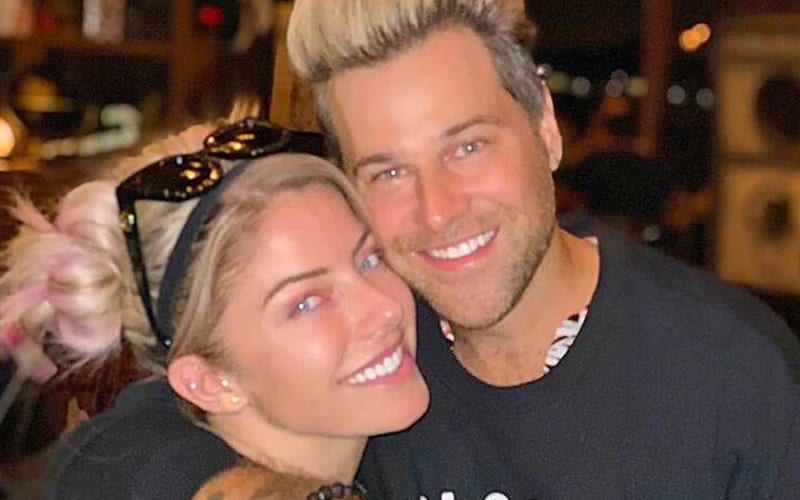 Alexa Bliss and Ryan Cabrera are now engaged to be married, but that happy news is not going to stop Bliss’ goals to become the biggest WWE Superstar possible, disregarding her short stature. She still has plenty of time to make that happen. Her engagement ring is another story, because Cabrera actually gave it to her a long time before she even realized it.

While speaking to Better Together with Maria Menounos, Bliss revealed that Ryan Cabrera had her ring made and gave it to her a long time before the proposal. He put it in a satchel and had her carry it around, she never knew what was in it either. She said there are photos of her with the ring next to her, and even wearing the satchel. Those photos haven’t been released.

Bliss had no idea what that satchel was holding because Cabrera never told her. She’s also not one to snoop.

“He thought it was so funny. It’s part of the ‘ha ha’ about it like ‘you didn’t know you had your ring with you this whole time, and yeah.”

“He worked on the ring for a long time. He had it, and then he took it back and got a different stone put in because he didn’t like it. He was so specifically detailed about it and I thought it was special, so yeah, apparently I had it on me for quite a while and didn’t even know.”

Bliss said she has about 3 1/2 years left on her WWE Contract. This will be when they start thinking about having kids. Cabrera, who is 9 years older than Bliss, is okay with waiting to have children. She just noted that he doesn’t want to be 45 and having his first child.