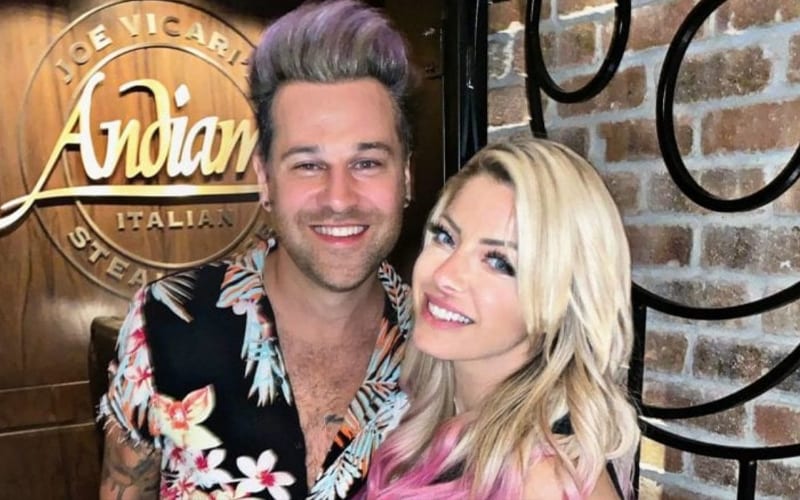 The pro wrestling world was talking about Jon Moxley and Renee Paquette’s pregnancy last night when Mox inserted a line in his promo this week to many that big announcement. They’re not the only couple thinking about children.

Alexa Bliss and Ryan Cabrera are set to be married. Click here to check out video of Bliss saying “YES!” The couple are thinking about children, but that will have to wait for a while.

Better Together with Maria Menounos recently spoke to Alexa Bliss and the subject of babies came up. She revealed that they do want a family, but her WWE contract will have to wait. That means in about three years Bliss and Cabrera could have baby fever.

WWE has Bliss locked into a deal for the next “3, 3.5 years.” We’ll have to see what is in their future, but the happy couple are enjoying their engagement for the time being.

It is also interesting to note that Brandi Rhodes openly said that she would love to steal Alexa Bliss from WWE. We can take that for what it’s worth right now, but in three years the subject could be discussed by a lot of fans.